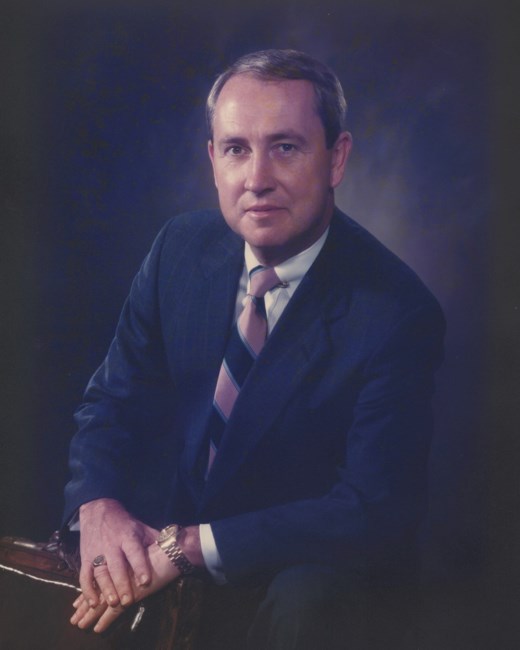 On Thursday, June 24, 2021, Thomas George Plaskett, loving husband, father, brother and uncle, passed away at the age of 77 in Dallas, Texas. Tom was born on December 24, 1943 in Kansas City, Missouri, to Warren E. Plaskett and Frances S. Plaskett. He graduated from Raytown High School in Kansas City before heading to Flint, Michigan, where he attended General Motors Institute of Technology, now known as Kettering University. There, he was a member of Theta Xi and earned his Bachelor degree in Industrial Engineering. Tom then went on to Harvard Business School, where he earned his MBA. Upon completing his education, Tom returned to Flint to work for General Motors at their plant and quickly earned a supervisor position. He wasn't there long, as he was given the opportunity of his lifetime, to work for American Airlines in their finance department. Before too long, Tom was named Senior Vice President of Marketing, where he led the team behind the creation of the AAdvantage program, something that would forever change the landscape of consumer engagement and brand loyalty. Tom left American in 1986 to become president of Continental Airlines and, after a year, was named president, CEO and Chairman of Pan American World Airways, where he led the company through a tumultuous few years, including labor actions, the bombing of Pan Am Flight 103 over Lockerbie, Scotland, in 1988 and the bankruptcy that followed two years later. He continued his career in transportation, serving as Chairman of Greyhound Lines, Inc. in 1994, followed by his role as Vice Chairman of Legend Airlines, a service intent on redefining air travel. Retiring from the airline industry after Legend shut down, Tom turned his entrepreneurial focus to his own private equity and consulting firm, Fox Run Capital Associates, where his interest lied only with companies that produced innovative products with the potential to transform an industry, namely automotive and healthcare. Tom served on numerous corporate boards, including Novell, Radio Shack, Smart & Final, Alcon Labs and Signet Jewelers, along with his earlier community service as a director with organizations such as the Dallas Symphony Orchestra Association, Goodwill Industries and the Irving Arts Board. He loved playing squash at the Las Colinas Sports Club and his love of golf had him on the course every week. Tom also was an avid cook, experimenting with a variety of fancy and delicious creations in the kitchen. His sweet potato casserole was the hit of every holiday dinner. Every year, he loved taking his family snow skiing in Park City, Utah, and his time in the airline industry allowed him to travel the globe. Tom had quite the musical talent, both singing in the boys' choir at a young age and also playing the piano well into his later years. Tom is survived by his loving wife of 53 years, Linda Maxey Plaskett of Irving, Texas, daughter Kimberly Plaskett of Dallas, son Keith (Crystal) Plaskett of Irving, sister Sandy (John) Gifford of Mountain View, California, niece Carrie (Chris) Daniel of Palo Alto, California, and nephew Curtis Anderson of Kansas City, Missouri. He was preceded in death by his father Warren E. Plaskett and his mother, Frances S. Plaskett. A memorial service celebrating Tom's life will be held in the chapel at Sparkman/Hillcrest Funeral Home, 7405 W. Northwest Highway, Dallas, on Saturday, July 10, 2021, at 2:00 p.m., followed by a light reception. In lieu of flowers, donations can be made in Tom's honor with the following organizations he supported: Kettering University (https://kettering.edu/give), American Cancer Society (https://donate3.cancer.org/) or the American Society for the Prevention of Cruelty to Animals (https://www.aspca.org/ways-to-give).
See more See Less

In Memory Of Thomas George Plaskett