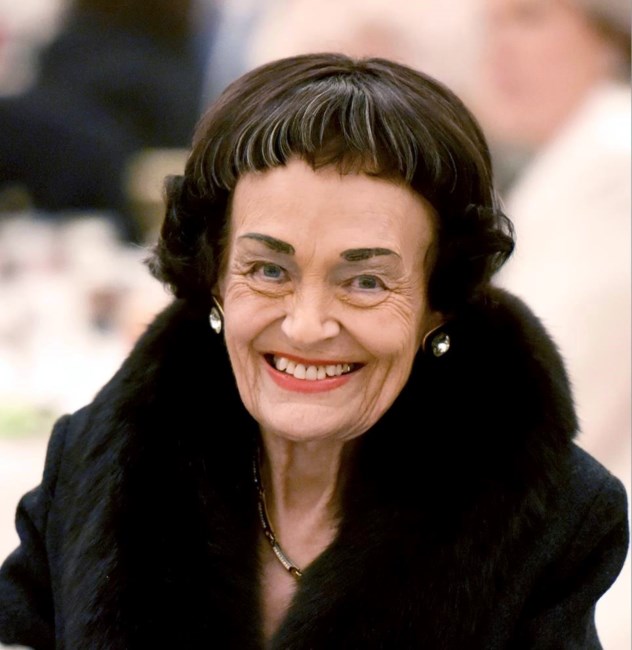 Virginia Lou Goodman Chandler Dykes, 1/10/30 – 8/10/22 Virginia Chandler Dykes passed away on August 10, 2022 with grace, courage, strength and dignity. Virginia was born on January 10, 1930 in Evanston, Illinois to Helen Schneider Goodman and Daniel Guy Goodman. Upon the death of her parents at the age of 4 years old, Virginia was raised by her grandmother, Virginia “Birdie” Scott Guy Goodman and grandfather, Edward Leeper Goodman in Fort Worth, TX. Virginia attended boarding school in Staunton, VA, undergraduate college at William Woods University (Fulton, MO), Southern Methodist University (Undergraduate Degree in Psychology) and Texas Woman’s University, TWU, (Masters Degree in Occupational Therapy). She dedicated her life to helping others through Occupational Therapy as Director of Occupational Therapy at Parkland Hospital and then at Baylor University Medical Center. In 2005, she was appointed to Texas Woman’s University Board of Regents, where she served until 2011. The Virginia Chandler Dykes Leadership Award founded in 2002 by Virginia and Roland Dykes, her late husband, continues to benefit Texas Woman’s University today. Virginia and Roland also helped to establish the Fanny B. Vanderkooi Lectureship Endowment for the School of Occupational Therapy at TWU, which has grown to be one of the premier continuing education offerings in Texas. Virginia is recorded in World Who’s Who of Women. Virginia and Roland were honored by the American Occupational Therapy Association for their sustained philanthropic service to occupational therapy education, and in 2011, they were honored with the Texas Occupational Therapy Distinguished Service Award. In 2006, Virginia was the 2006 Chi Omega Dallas Alumnae of the Year. In 2014 she was honored as one of six Women of the Year by Les Femmes du Monde. In 2016 Virginia was awarded Visionary Woman of the Year by the Juliette Fowler Communities and served as a Founding Member of the Patricia and Radford Crocker Foundation; in 2018 in Austin, she accompanied Patricia Crocker, the recipient of the Texas Health Services Division Volunteer Award as part of Governor Abbott’s Criminal Justice Volunteer Service Award Day. Virginia (and Roland) were passionate supporters of the Dallas Opera, Theater Three, Dallas Theater Center and the Dallas Arboretum as well as long-time members of Highland Park United Methodist Church and the 2X2 Sunday School Class. Additionally, Virginia was on several boards of directors including the Arthritis Foundation. Virginia loved the beach, travel, painting, anything involving people and all things chocolate. She is survived by her sons, Ron Chandler (Maureen Conroy, partner), Jim Dykes (Sandra Dykes, spouse; Travis and Sean, sons; Archer, grandson) and Chuck Chandler (Debra Bingham, spouse; Coulter, son and Penelope, daughter). In lieu of flowers or gifts, the family has asked that contributions be made to the Virginia Chandler Dykes Leadership Award, Texas Woman’s University, 304 Administration Drive, Denton, TX 76204. Viewing Service: 4 – 7 PM Monday, August 22, 2022 Sparkman Hillcrest Funeral Home 7405 W. Northwest Highway Dallas, TX, 75225 214-363-5401 Funeral Service: 3 PM Tuesday, August 23, 2022 Highland Park United Methodist Church, 3300 Mockingbird Lane, Dallas, TX, 75205, 214-521-3111
See more See Less

In Memory Of Virginia Chandler Dykes