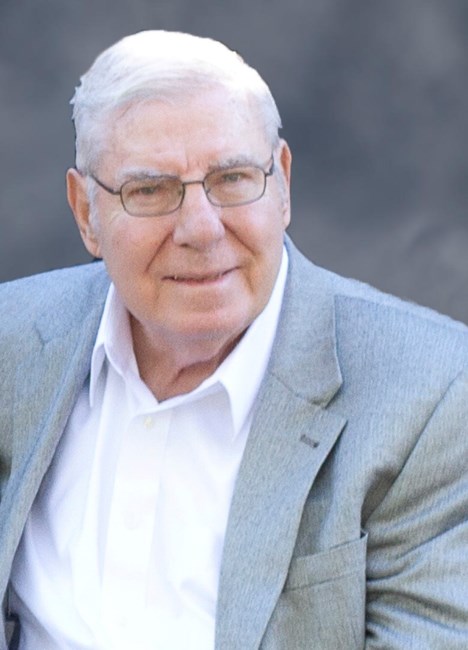 On Thursday, August 27, 2020, Dr. Walter Daniel (Dan) Stevenson, loving husband, father of four children, grandfather to six, passed away at age 84. Dan was born on November 12, 1935, in Uniontown, PA, the seventh child of Ann and John Stevenson. He graduated from Penn State in 1957 and received his medical degree from Jefferson Medical School in 1961 and served as a surgeon in the US Army from 1966 to 1968. He was a surgeon in Dallas for 35 years at both St. Paul’s Hospital and Launey Medical and Surgical Clinic. On May 30, 1964, he married the love of his life, Carol McDonald Stevenson. They raised two sons, Danny and Bruce, and two daughters, Elizabeth and Ann. Dr. Dan loved being a doctor, playing tennis, and sailing. He somehow loved both the Dallas Cowboys and the Pittsburgh Steelers. But most of all, he loved his family, the one he and Carol raised in Dallas and his enormous extended family spread out all over the country from Boston to Los Angeles. Growing up the youngest of six children, he felt the need to be noticed. So he was boisterous, funny and completely unafraid to try anything. Up to and including pulling a tablecloth out from under a fully set table. He believed that to live a full life, you have to break some china. Thanks to his first grandchild, he was known as “GoodDaddy”, instead of ‘granddad’ or ‘grandpa.’ It’s a title Dr. Dan was most proud of and indeed there was only one GoodDaddy. He saved countless lives as a surgeon and made the lives of his family and friends immeasurably better by being a huge part of theirs. Dan volunteered countless hours to several organizations, including North Dallas Shared Ministries, Stephen’s Ministry, the PTO at St. Monica’s School, and the Board of Directors at Chapel Downs Community Club. He was a member of the American College of Surgeons, the Southwest Surgical Society and the Dallas Surgical Society. He was also a teaching surgeon and took great pride in guiding the next generation of doctors. He was a member of Phi Sigma Kappa fraternity at Penn State and Nu Sigma Nu at Jefferson Medical School. In high school, Dan was an All-State basketball player. Dan was preceded in death by his father, John, his mother, Ann, and his son, Danny and his siblings, Wilma, Martha Jean, Jack, Jim, Leo and Patricia. He is survived by Carol, his wife of 56 years; their three children and their spouses, Elizabeth and Tim Wood, Bruce and Laurie Stevenson, Ann and Matt Pearce; his grandchildren, Sam, Emily, Kate, Raymond, Julia and Allie; and many nieces and nephews. The Stevenson Family wishes to extend their sincere gratitude to Blessing, Linda, Emanuel and the other angels at Acapella In Home Care, as well as the teams at Sage Oak’s Norway House and Faith Presbyterian Hospice Care. A Mass of Christian Burial will be held on Tuesday, September 1, 2020 at St. Monica Catholic Church at 10 o’clock a.m. It will be livestreamed on the church’s Facebook page. In lieu of flowers, donations may be sent to St. Monica Catholic Church or North Dallas Shared Ministries.
See more See Less

In Memory Of Walter Daniel Stevenson