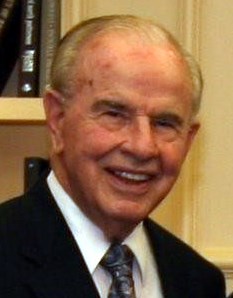 William Claude Everitt, age 99 1/2, passed away peacefully on January 16th, 2023. Born June 3, 1923, in Fort Worth, Texas, he later moved to Comanche, Texas, where he attended school and played in the band. After graduating high school his family moved to Brownwood, TX, where he did many odd jobs and continued playing trombone professionally. Shortly thereafter he picked up his trombone and a change of clothes and hitch-hiked to Fort Worth where he had a scholarship to Texas Wesleyan College and a part-time job. When World War II broke out he left college and volunteered. During his time in the European conflict he participated in the Battle of the Bulge and helped to liberate Dachau. After the war he returned to Dallas, graduated from SMU and began teaching band at DISD. While teaching, he began his band instrument rental program, which was the first of its kind in the country. He was contacted by Brook Mays Music in Dallas to begin that program there and soon he was offered the opportunity to purchase the company. During this time he also played music professionally as an extra with the Dallas Symphony, American Legion Band and Shriners Band. He also earned his 32nd degree as a Mason. He later purchased C&S Music (renamed Mr. E's Music) in Fort Worth and H&H Music in Houston for a total of 22 locations which formed the largest music instrument company in Texas. He retired at the age of almost 91 years. In 1952 he also became Minister of Music at Oak Cliff Presbyterian Church and served for 39 years. He directed the Choir of the Celtic Cross, adult choir and Westminster Youth Choir. The Westminster Youth Choir became nationally known under his direction and recorded several records and produced a weekly broadcast ministry on KRLD for over 10 years, two nationally produced programs which aired on CBS ,as well as three Protestant Hour programs which aired worldwide. He is survived by his wife, Jeanne, son Jonathan Everitt and wife Kendra, granddaughters Kristina, Kathryn and Kayleigh, and his sister Jo Acrea and husband Jan of Kentucky. He was preceded in death by his first wife and survived by daughters Claudia Irwin, Betsy Taylor and son Billy Everitt, three grandchildren and six great-grandchildren, nieces and nephews. Preceded in death by his mother Vervia Everitt and father C.D. Everitt, sisters Ellen Bower, Mary Elizabeth Broughton and brother James Everitt. Viewing will be held at Sparkman/Hillcrest Funeral Home on Tuesday, January 24 ,from 5-7 pm. Funeral Service will be held at Oak Cliff Presbyterian Church on January 25 at 1 pm. Military honors graveside will follow at Laurel Land Cemetery in Dallas. In lieu of flowers, donations in William's honor can be made to the Texas Scottish Rite Hospital for Children. Fond memories and expressions of sympathy may be shared at www.Sparkman-Hillcrest.com for the Everitt family.
See more See Less

In Memory Of William Claude Everitt