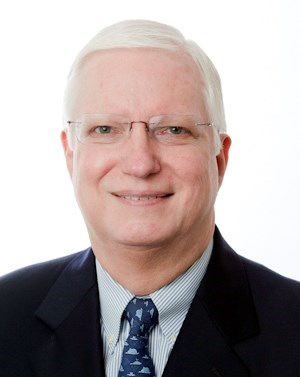 Reardon, M.D., William Condon, loving husband, devoted father and grandfather, respected physician and beloved friend lost his battle with cancer on February 17th. He passed peacefully surrounded by his adoring family. Born to Jane Brothers Reardon and Francis Condon Reardon of Monroe, Louisiana, on March 17, 1948, where he was raised and graduated from Neville High School as the Valedictorian of his class. He was awarded a music scholarship to Louisiana Tech University, where he was President of Sigma Nu fraternity. He graduated with a Bachelor of Science in Electrical Engineering. He discovered his interest in medicine while studying biomedical engineering. He attended the University of Texas Southwestern Medical School in Dallas, where he was a member of the Alpha Omega Alpha medical honor society and graduated second in his class. He then completed residencies in internal medicine and cardiology. Will met Karen Bricker in Dallas and they were married shortly thereafter; the beginning of 47 years of devotion to each other. Will is survived by his children John Christopher Reardon of Dallas and Mary Elizabeth Reardon Ewing (Matthew Ewing) of Austin, and his grandchildren who greatly enriched his life, Riley Jane Reardon and Isla June Ewing. Professionally, Will practiced cardiology and internal medicine, with a focus on preventive medicine for 48 years. Many of those years were with the HealthCore Physicians Group at Presbyterian Hospital. He was very fond of his relationship with the physicians, nurses and staff, especially the late Dr. Martin E. True. As busy as Will was throughout the week, that did not keep him from being a part of many civic and social groups. He was a member of numerous organizations, including the Texas Club of Internists and served as President of the Symphony Guild. He and Karen were also Presidents of The 500, Inc. Karen and Will enjoyed traveling, especially visiting friends and family in Austin, Scottsdale, Santa Fe and Colorado. They also organized and led many memorable trips around the country and Europe for the Friends of the Dallas Arboretum. Will was a lifelong student, loved to be with friends, enjoyed listening to and playing all types of music. He always put people at ease, including patients, friends and loved ones. He is preceded in death by his parents and survived by his family, listed earlier, as well as his brother-in-law Jeffrey Davies Bricker of Palm Springs, CA, sister-in-law Linda Mattes (Dick Mattes), niece Kristin Eastwood and grand-nephew Christopher Eastwood of Scottsdale, AZ., numerous cousins and close friends. His life will be honored at a memorial service at Highland Park United Methodist Church, 3300 Mockingbird Lane at 3:00pm on Thursday, February 24th. Those wishing to remember his life may make a donation to UT Southwestern Medical Center, P.O. Box 910888, Dallas, TX, 75391-0888 or online at engage.utsouthwestern.edu to support the establishment of the William C. Reardon M.D. endowed scholarship. Fond memories and expressions of sympathy may be shared at www.Sparkman-Hillcrest.com for the Reardon family.
See more See Less