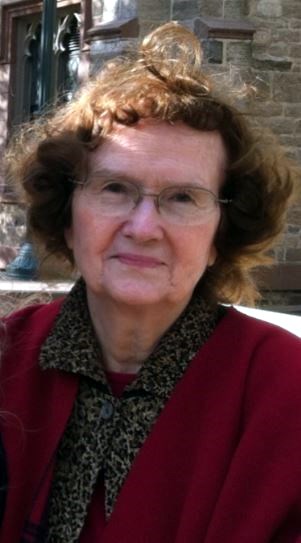 Jean Marie Powers Cooke of Bethel, formerly of Danbury, passed away peacefully on January 20, 2023. She was the loving wife for over forty years of the late Theodore Michael Cooke. Born in Norwalk, Connecticut to Johanna Bridget (Wade) Powers and James Edmond Powers, she was the second of five sisters. A graduate of Saint Joseph School in Norwalk and Norwalk High School, Jean worked in administration with various scientists and engineers supporting research and development at Nash Engineering and Remington Rand Univac Research Lab at Rockledge in Rowayton where she met her husband. Later, she worked as a secretary for 15 years for the City of Danbury's loving and close-knit adult day care center, Interweave. Jean and her husband raised their five children living in Silvermine, Norwalk; Kettering, Ohio; Southfield, Michigan; Altamonte Springs, Florida and then for over three decades at the top of the hill on Washington Avenue in Danbury, before moving to Bethel seven years ago to live with her daughter Maureen and her husband Bill and family. She was a member of the Sacred Heart Parish of Danbury and both she and her husband were initiating members of the Sacred Heart Chapter of the Secular Franciscan Order, where they became Third Order Franciscans. They were also founding members of the Dorothy Day Hospitality House, there on the first day it opened, and working for decades there serving those in need. Most recently Jean was a member of Saint Mary Parish in Bethel. Jean loved classical music, exploring her Irish culture, and traveling especially on pilgrimages to Lourdes, The Holy Land, Rome, Assisi, England and Ireland. In her daily life, her priorities were her faith, her family, saying her many daily rosaries and living the corporal and spiritual works of mercy. For her husband, her family and so many who met her along the way, Jean was the most inspiring, peace-filled, loving, and Christ-like person they had ever known. Jean leaves behind her five children and their spouses: Mary Bridget Cooke-Kager and her husband Don Kager of Ridgefield; Theodore Cooke, Ph.D. and his wife Penny Felker of Charlotte, North Carolina; Maureen Kuroski and her husband Bill Kuroski of Bethel; Tara Cooke Ventresca and her husband Joe Ventresca of Marlton, New Jersey; and Elizabeth Cooke, Ph.D. and her husband Jerold J. Abrams, Ph.D. of Omaha, Nebraska. She leaves behind her 15 beloved grandchildren: Aidan and his wife Emily, Brenna, Liam, Quinn, and Ronan Kuroski; Ciaran, Desmond, and Bridget Kager; Teddy and Elizabeth Cooke; Maureen, Anthony, and Brendan Ventresca; and Rohan and Aevlyn Abrams. In addition, Jean also leaves behind her dear sister Mrs. Barbara Ensign of Bethlehem, Connecticut and countless nieces and nephews. Her husband Theodore M. Cooke and sisters Mrs. Maureen Palinkas, Mrs. Nancy Ryan, and Mrs. Kathleen Callan predeceased her. For all of their rare gifts, brilliance, warmth, devotion, and medical and scientific excellence, Jean was grateful to Dr. John Chronakos, Chief of Pulmonology at Danbury Hospital and her extraordinary primary health care physician, Dr. Kathleen Mauks. A Mass of Christian Burial will be celebrated at 10am on Saturday, January 28, 2023 at St. Mary Church in Bethel. Burial will follow at St. Peter Cemetery. The family will receive friends at Green Funeral Home, 57 Main St., Danbury on Friday, January 27, 2023 from 5-7pm.
See more See Less