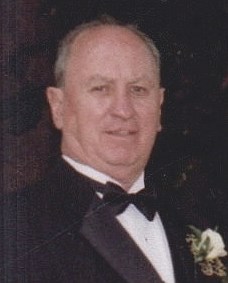 Paul Vincent Connolly (“Vincent”), 87, of Malden, Massachusetts and formerly New Fairfield, CT passed away peacefully on May 12, 2022, at Melrose-Wakefield Hospital under the care of Merrimack Valley Hospice. Vincent was born in Brooklyn, New York to Peter and Mary Connolly on November 7, 1934. Vincent was educated at Saint Joseph’s Juniorate, Peabody, MA. He continued his education at Catholic University in Washington, DC with a degree in physics. After college Vincent taught in several Xaverian Brothers Schools and was a Xaverian Brother for fifteen years until his departure. He met and married the love of his life, Barbara. Barbara and Vinny married on July 1, 1972, at Blessed Sacrament Roman Catholic Church in Jackson Heights, NY. Barbara and Vinny lived for several years in New York before moving their family to New Fairfield, CT. They spent forty-seven years raising their children on Flora Steet. Vinny worked as high school mathematics and physics teacher/department head for Somers Public School until retirement. Vincent was a member of Saint Edward the Confessor Parish and more recently, Saint Joseph Parish in Malden, MA. “Big Vin”, as he was affectionately called, was actively involved in his children’s lives as a coach, mentor, and ultimate cheerleader. He loved anything sports-related, but especially enjoyed UCONN athletics and watching football and baseball. Big Vin was a fan of the Brooklyn Dodgers, Yankees, and any other team who beat the Red Sox. Vinny was a deeply spiritual man who enjoyed daily mass, praying the rosary, and reading. In his free time, he would walk around Ball Pond daily, up until this past year. He found solace in the outdoors as it afforded him an opportunity to be at peace. Vincent is survived by his daughter, Catherine (Connolly) Horkan, her husband Martin, grandchildren Liam and Sean of Malden, MA, grandchildren, Ryan and Kyla Connolly of Bethel, CT, and numerous nieces and nephews. Visiting hours will be at Green Funeral Home from 10:30 AM- 12:30 PM Thursday, May 19, 2022, followed by a mass at 1:00 PM on Thursday, May 19th at Saint Edward the Confessor Parish in New Fairfield, CT. The burial will be private. The family of Paul Connolly wishes to extend our sincere thanks to Dr. Laurence Conway and Dr. Dana Desmond in Boston, MA for their empathy and care this past year.
See more See Less

In Memory Of Paul V. Connolly