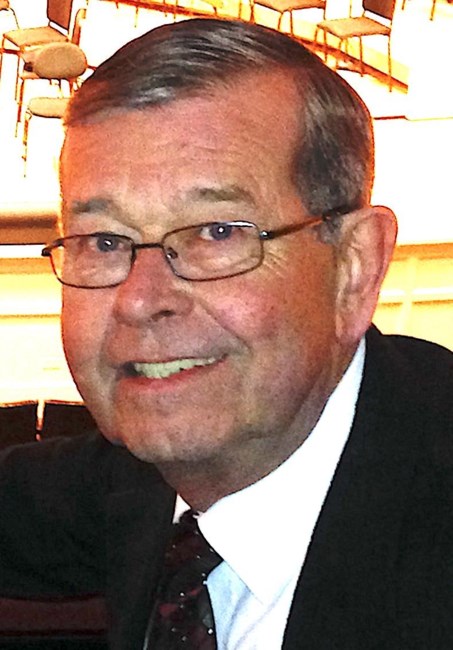 Robert Douglas Johnson, age 72, of Danbury, Connecticut passed away on Thursday, August 4, 2022, after a courageous battle with Lung Cancer at Danbury Hospital with his family by his side. Robert “Bob” was born in Danbury, CT to Stacey and Pauline Johnson on April 4, 1950. He attended Danbury Public Schools and graduated in 1968. During High School, he volunteered in the Radiology Department at Danbury Hospital. He attended college at Sterling College in Sterling, KS, and graduated in 1972 with a Bachelor of Arts Degree. He started his career in Car Sales at McLaughlin Ford and eventually worked his way up to Honda Sales Manager for Colonial Ford. After over 20 years, he left the car sales industry and began working for Home Depot, where he later retired as an assistant store manager. When he wasn’t working, he enjoyed spending time with his family, reading books, working outside in his yard, and working on model trains. Bob was also a designer and builder of decks, stages, and fountains. After retirement, Bob worked part-time in the produce department at Shop Rite in Danbury. He was a Danbury Volunteer Fireman for both Beckerlee #9 and Padanaram #3 Hose. He was a member of Vestry at St. James’ Episcopal Church for many years. Bob was a Founding Member and Board of Directors for Hat City Music Theater, Inc. He was an avid Nascar fan and spent many nights at the Danbury Racearena. He had a love for classical music and enjoyed playing the piano, organ, and carillon. Robert is survived by his loving children, Danielle Jeffries and Darrel Johnson as well as his ex-wife, Linda Johnson. In addition, he leaves behind a brother James Johnson and a sister Laura Lee Katz (David), along with many nieces and nephews, and cousins. Bob is preceded in death by his Father Stacey Johnson and his Mother Pauline Johnson. In addition, to his sister-in-law Susan E Johnson. Funeral services will be held on Thursday, August 18th, 2022 at 1:00 at St. James’ Episcopal Church, located at 25 West Street, Danbury CT. A short interment ceremony to follow in the St. James’ Memorial Garden. In Lieu of flowers, the family asks that you consider making a donation to The American Cancer Society or The American Heart Association in Bob’s memory. The family wishes to extend our sincere thanks to all Doctors, Nurses, and Staff at the Praxair Cancer Center at Danbury Hospital as well as the Palliative Care Team and all the Doctors and nurses on the Tower 11E floor at Danbury Hospital for the care and compassion they provided Bob.
See more See Less

In Memory Of Robert D Johnson