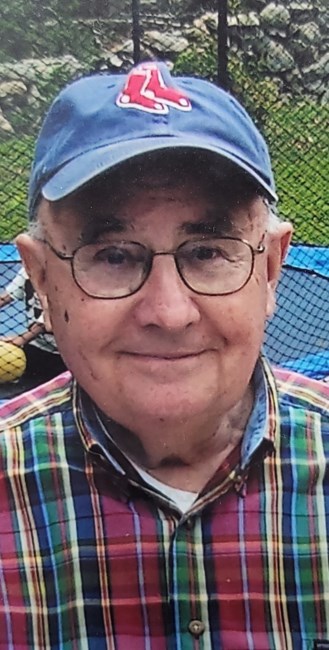 Robert L. Tripp, 95, of Dartmouth passed away Thursday, August 4, 2022 in his residence after a brief illness. He was the beloved husband of Angela (Gardella) Tripp. Born in Fall River, a son of the late Kenneth M. Tripp and Elizabeth (Gardiner) Parkinson he was a lifelong area resident. Robert served in the United States Navy during World War II. Following the war Bob began his first career as a professional baseball player where he played throughout the US and Canada. He was inducted in the Durfee High School Hall of Fame for baseball. He later worked as a purchasing agent for Continental Screw and U.S. Ring Binder Corporation. During his baseball and professional career he traveled the world but always was always happiest at home. In addition to his wife, he is survived by a daughter, Carol Tripp Tebo of Worcester; and several nieces and nephews. He was the father of the late Lynn Tripp Coleman and brother of the late Marjory Spencer. He loved his family first and foremost, a good meal, baseball and the goodness in all. He was a humble man who enjoyed simple pleasures. His visitation will be Tuesday, August 9, 2022 from 9 a.m. to 11 a.m. in the WARING-SULLIVAN HOME at DARTMOUTH, 230 Russells Mills Road, Dartmouth with a funeral service at 11 a.m. in the funeral home. At Bob’s request, casual dress is preferred. Burial will follow in South Dartmouth Cemetery, Dartmouth. For online tribute/directions: www.waring-sullivan.com.
See more See Less

In Memory Of Robert L. Tripp