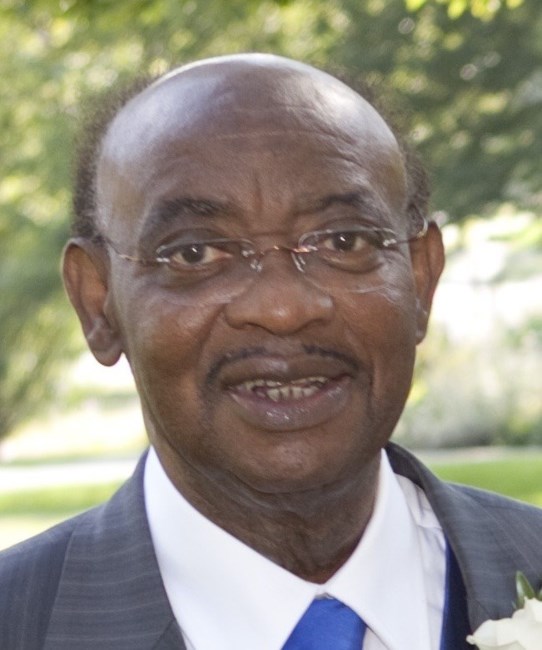 Cookey, Dr Benedict Joseph “Ben” It is with profound sadness that the family announces the passing of Ben into the spiritual plane on April 13, 2019. He was surrounded by his family who love him and miss him deeply. He was born on February 18, 1942 in Opobo in Southeast Nigeria; son of the late Joseph and Taba Cookey. He was a much loved husband, father, grandfather, uncle, medical doctor, pianist, organist and tenor vocalist. Ben obtained his Medical Doctor degree from Dalhousie University in 1973, followed by residency in Internal Medicine and was a well established and respected physician to the people of Halifax and Dartmouth until he retired in November 2015. He was much loved by his patients, residents and his medical students alike. He was in charge of the ICU at the old Camp Hill Hospital, and was an Assistant Professor of Medicine at Dalhousie University and a senior Internist in Halifax and Dartmouth, where he taught medical students, clinical clerks and residents. Ben had an excellent rapport with colleagues, nurses and paramedical teams he worked with. He would often take on patients with complex medical conditions who he spent considerable time with, to ensure accurate diagnosis and treatment. Although sometimes the long delay in the waiting room frustrated his patients, they left content after a caring and thorough visit. Ben was passionate about classical and Anglican Church music. He was an organist and pianist and had a beautiful tenor voice. He was a chair of the Music Committee at All Saints Cathedral and a longstanding member of the choir. He helped guide the development of the music program at the Cathedral. Ben was an active member of the Masonic Order. He was raised a Master Mason in Royal Standard Lodge # 398 in 1980, affiliated with Virgin Lodge # 3 in 1997. Ben was also a member of Royal Union Chapter # 1 RAM, Antiquity Preceptory # 5 KT, United Grand Lodge of Ancient, Free and Accepted Masons of England and Ancient and Accepted Scottish Rite Valley of Halifax. He was also Grand Organist for the Grand Lodge of Nova Scotia. He was a loving and charismatic man who could be heard singing hymns and operatic arias at home and as he performed rounds in the hospital. He could be found every Saturday morning playing tennis with close friends, followed by watching soccer - he was a devout Arsenal fan. Although Ben lived in Halifax for more than 50 years, a part of him never left Nigeria where he maintained a deep love for his close-knit family back home. In his final years, he was most comforted by his children, his grandchildren, and his loving wife. Ben is survived by his wife of 45 years, Judy, Dartmouth; sons Tamuno (Stephanie), Halifax and Jacob (Lauren), Dartmouth; grandchildren Malia and Dax; and numerous nieces, nephews and cousins. He was predeceased by his parents Joseph and Taba; brothers Samuel, Joseph, Helkiah, Austin and Eric; sisters Eugenia, Joyce, Ayaria, Helen and Priscilla, all of Nigeria. Cremation has taken place under the care of A.L. Mattatall Funeral Home. There will be a visitation from 6-8pm on April 26th, 2019 at All Saints Cathedral in Halifax. Masonic Service will take place from 6-6:30pm. Funeral service will be held at 2:00pm on April 28th, 2019 at All Saints Cathedral. Online condolences may be viewed or sent to: www.mattatallfuneralhome.com. We wish him highest blessings and peace profound.
See more See Less