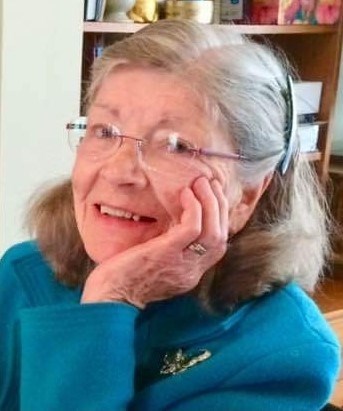 HARVEY, (Hutchinson) Sylvia Mary - It is with deep regret that we report that Sylvia, aged 88, passed away at the Halifax Victoria General Hospital on August the first 2022. She was born in 1934 in Sarrail in Northern Alberta, to England born homesteaders Eric and Dorothy Hutchinson. Early in the war, the family with Sylvia and three siblings, moved to Dundas Ontario. Sylvia met her husband Dave at rehearsals for Brigadoon at the Ryerson Institute of Technology (RIOT) where she was studying Fashion and he, Electronic Technology. Sylvia then graduated from Hamilton Teachers College. They married in 1956 at St. James Anglican Church in Dundas and moved to Deep River Ontario, where Dave had a position at Atomic Energy of Canada. Sylvia was hired as a teacher at the Petawawa Army base. In 1965 they moved to Dartmouth with their two sons and a daughter. Dave was hired by The Bedford Institute of Oceanology, while Sylvia was a school resource teacher, she received a diploma of Special Education, her Bachelor of Arts, a Bachelor of Education, and a Master of Education. Sylvia was always interested in painting and after retiring in 1991, she received a Bachelor in Fine Arts. She was a member of several Art Societies, and one of her paintings won the Pauline Manning Award. She is survived by her loving husband of 66 years, Dave, their children, John (Jackie), Jeff (Razel), and Marilyn (Steve), and their 8 grandchildren and 7 great grand children. Also survived by her younger sister Ann Watson. Predeceased by her older siblings, Jim Hutchinson and Ruth Jones. Cremation has taken place, and a gathering of family and friends are planned in the near future. We want to thank Northwood Homecare, the VON, N.S. Geriatrics, the Canadian Red Cross, the Victoria General Hospital, and A.L. Mattatal Funeral Home. In lieu of flowers, donations may be made to your favourite charity. Online condolences may be sent to: www.mattatallfuneralhome.com
See more See Less

In Memory Of Sylvia Harvey