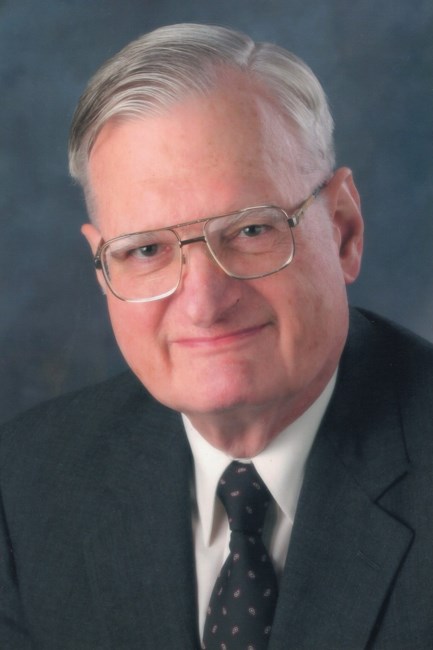 We are deeply saddened by the passing of our beloved father, Dan Allen Bovenmyer, on August 1, 2021 at age 90. Dad bravely endured the loss of his wife, Helen, a year prior, and kept our spirits up as we mourned together. He returned to our mother’s loving arms on the morning of their 67th wedding anniversary. Our hearts are filled with profound gratitude that we were part of their bond. Memorial services for Dan and Helen Bovenmyer will be held at Trinity Episcopal Cathedral in Davenport, Iowa on September 22 at 2pm. They will be inurned, together, at Oakdale Cemetery in Davenport. Dan Allen Bovenmyer was born on May 22, 1931 in Beatrice, Nebraska to Dr. and Mrs. (Margaret Jenkins) D.O. Bovenmyer. Dan graduated from Ottumwa High School in Ottumwa, Iowa in 1949. He attended Carleton College 1949-1952, then medical school at the University of Iowa (1952-1956), where he was elected to the Alpha Omega Alpha honor society. While in medical school he married his college and lifelong love, Helen, on August 1, 1954. After medical school, they headed off on their first adventure, his internship in Flint, Michigan. Then, Dan served in the U.S. Army Medical Corp as a Captain from 1957-1959 before returning to University of Iowa for a Dermatology residency (1959-62). He practiced in Davenport from 1962 until his retirement in 2000 and resided in Bettendorf from 1963 until his passing. Dan was a Diplomat of the American Board of Dermatology, a member and past president of the Iowa Dermatological Society, a member of the American Academy of Dermatology and an active member of the Iowa and Scott County Medical Societies. Dan was also a member of Rotary International and was proud of its fight to end polio. He bled Hawkeye Black and Gold as a member of the Quarterback club, even through the lean years preceding Hayden Fry. Additionally, Dan and Helen established scholarship funds at Carleton and the University of Iowa Medical school. After his son, Dr. John, completed Dermatology residency at Iowa, he joined Dr. Dan in practice in Davenport. They worked happily together for twelve years. Dr. Dan loved diagnosing and helping his patients through problems large or small. Families and past patients often speak of him fondly. Whenever Dr. John asked, Dr. Dan always had useful clinical advice, but Dr. Dan humbly claimed that the advice flowed in the other direction. Colleagues recall that when Dr. Dan spoke at meetings, everyone listened. He was an Associate Professor of Clinical Dermatology at the University of Iowa and enjoyed teaching doctors in the Quad Cities Family Medicine Residency. Through his membership in the North American Clinical Dermatologic Society, he befriended and shared knowledge with colleagues around the world. Dan and Helen created a home filled with love that spread out widely through their circle of neighbors and friends, who deeply enriched our lives. We are admittedly biased children but Mom and Dad made our heads spin with their teamwork, ethos and can-do spirit. They fervently believed that effort and goodness would prevail, and they were usually right. Dan’s main hobby was photography and he often had multiple camera bodies hung around his neck and a heavy camera bag, filled with lenses, slung over his shoulder. He faithfully chronicled the trips he and Helen took around the world. They visited every place you could imagine and some you couldn’t; his photography covered all seven continents. In his rare moments of spare time, he enjoyed carpentry and became quite good, often with daughter Anne by his side, who loved to do anything Dad was doing. Dad was always a patient and open-minded teacher as well as a great fishing buddy. He is survived by his children John Bovenmyer, M.D. of Bettendorf and Anne (Kenneth “Bill”) Sprague, Ph.D. of Irvine, CA; brother Sam (Merrilee) Bovenmyer, M.D. of Waterloo, IA; and several nieces, nephews, grandnieces and grandnephews. He was preceded in death by his wife, Helen, and a nephew, Robert Heinzen. Memorials may be made to the Clarissa C. Cook Hospice House, 2546 Tech Dr., Bettendorf, IA 52722.
See more See Less

In Memory Of Dr. Dan A. Bovenmyer