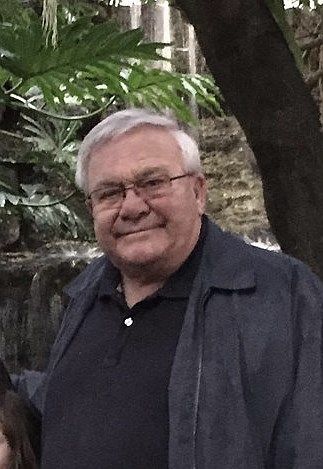 Frank A. (Al) Martin, Jr. (79), a resident of Davenport died unexpectedly on January 20, 2021 at his home. Mr. Martin was born February 20, 1941 in Webb City, MO to Frank Martin, Sr. and Dorothy (Cannon) Martin. He was an Eagle Scout, Vigil member of the Order of the Arrow and had been a Scoutmaster. He graduated from Webb City, MO High School, Joplin, MO, Junior College, Kansas State College at Pittsburg (KS) and had two graduate degrees from Kansas State College at Emporia (KS). He taught math for two years in Wichita, KS, Special Education one year in Haysville, KS and was a School Psychologist for 25 years with most of his service at the Mississippi Bend Area Education Agency. He retired in 2002. Mr. Martin was a life member of the National Education Association, Iowa State Education Association, National Association of School Psychologists, and Professional Staff Organization for professional memberships. He served as a Child Advocacy Board Volunteer on the Foster Care Review Board and was sworn in by the court as a Court Appointed Child Advocate for three and one-half years. He was a member for sixteen years and board member of the Davenport Noon Optimist, ran the database for the Avenue of the Flags for eight years and was Optimist of the Year for 2009, volunteered with the Festival of Trees, and was a long time board member of Valley Shelter Homes before it closed. He also had donated over 2200 hours as a volunteer driver for the Mississippi Valley Regional Blood Center and had given 39 gallons of blood product. He was a member of the Friendly House Board of Directors for six years. Mr. and Mrs. Martin loved to travel and had been to all 50 states, Canada, Mexico, Fiji, Australia, New Zealand, Japan, Spain, Morocco, Gibraltar, Ireland, Egypt, Portugal, Ecuador, Galapagos, Kenya, Tanzania, China, Tibet, Netherlands, Germany, Austria, Slovakia, Hungary, England, Scotland, Wales, Italy, Jamaica, Russia, Romania, Bulgaria, Croatia, Serbia, Dominican Republic, and the upper Amazon rain forest. He is survived by his high school sweetheart and wonderful wife Janice L. (Canady) Martin. They were married on June 8, 1963 and celebrated their 57th wedding anniversary. They had two children: Jeffrey (Johnston, IA) and his two daughters, Abby and Sarah; and Lauren (Dublin, OH), married to Brad Hunter and their daughter Cora. He was preceded in death by his mother, father and grandparents. According to his wishes, cremation rites have been accorded and a Celebration of Life will be held at a later date. His cremains will be interred in Mount Hope Cemetery, Webb City, MO. Online condolences may be made at www.rungemortuary.com, where a memorial video will be available soon. Memorials may be given to Friendly House of Davenport or Planned Parenthood of North Central States.
See more See Less

In Memory Of Frank A. "Al" Martin Jr.