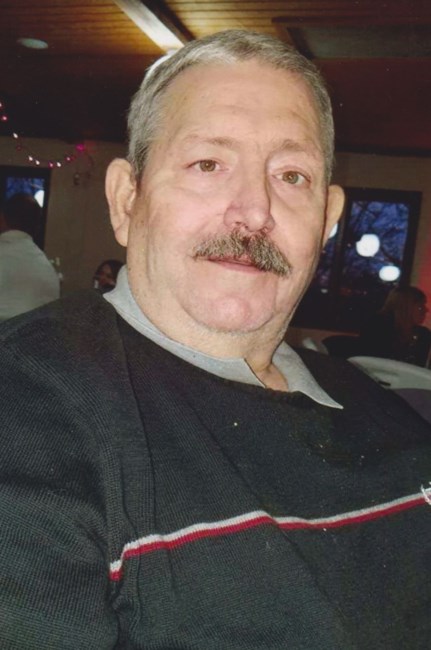 John Frank, 71, of Blue Grass, IA passed away Wednesday, May 4, 2022 in Iowa City, IA after an extended health battle. A visitation will be held at the Runge Mortuary on Monday, May 9, from 4:00-7:00 pm, beginning with a prayer service at 4:00 pm. A funeral will be held at 11:00 am on Tuesday, May 10, at St. Andrew’s Catholic Church in Blue Grass, IA with a short visitation one hour prior. Burial will be held in DeWitt, IA later that day. Memorials may be made to St. Andrew’s Catholic Church. Online condolences may be expressed at www.rungemortuary.com. John was born on December 3, 1950 in Quebec, Canada. He was adopted at the age of five by Harvey “Hap” and Theresa Frank of DeWitt, IA. After graduating from Central DeWitt High School, he honorably served in the United States Army from 1970-1972. He met the love of his life, Mary Ann Krayenhagen and married her on April 11, 1986. He loved his three children, Joan, Christopher, and Joseph, deeply. He also lit up around his grandchildren, Carson, Miles, and Aubrey. He worked in manufacturing most of his life and delivered newspapers for the Quad-City Times. He loved horses; Cole, the cat “that he never wanted,” and attending activities for his grandchildren. He was an active member of St. Andrew’s Catholic Church, the Knights of Columbus, and the American Legion. He always had the most giving heart. Survivors include his wife, Mary Ann; daughter, Joan (James) Kranovich; sons, Christopher Frank and Joseph Frank; and grandchildren, Carson, Miles, and Aubrey Kranovich. He was preceded in death by his parents, Harvey and Theresa; brother, Edward Frank; and sister, Mary Beth McGarry.
See more See Less

In Memory Of John C. Frank