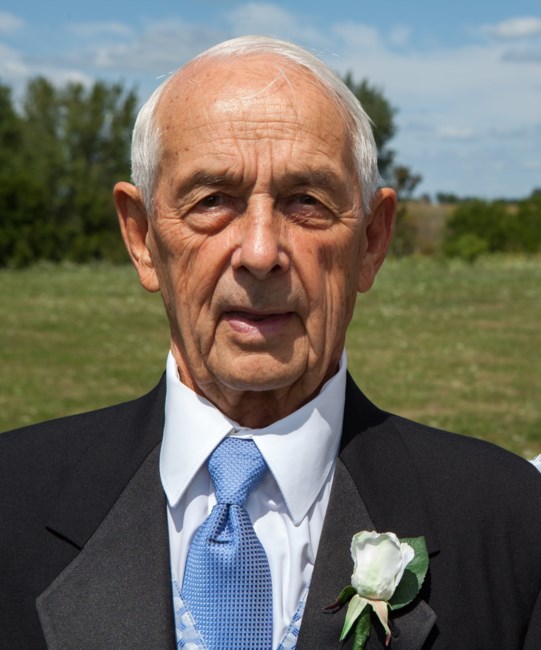 Paul “Pete” J. Beitzel, 93, of Davenport, Iowa; passed away on Saturday, September 17, 2022 at the Good Samaritan Society. Visitation will be held on Monday, September 26, 2022 from 4:30pm – 7pm at Weerts Funeral Home. Funeral service will be on Tuesday, September 27, 2022 at Seventh Day Adventist in Davenport, Iowa. Burial will be at the Rock Island National Cemetery. Memorials in Pete’s name may be made to the family. Pete was born on July 10, 1929 to Albert and Stella Beitzel in Dubuque, Iowa. Following high school, Pete joined the United States Air Force and served for four years. He was first married to Mary Jane on June 13, 1953, they later divorced. He then married Karen Cadogan on July 10, 1973; she passed away in 2010. Pete worked for the YMCA as the P.E. Director for many years, working in Iowa, Oregon, and even Australia. He was a member of the Davenport Seventh Day Adventist Church. Pete loved to spend his free time playing golf, racket ball, and cards. He was also a lifetime member of CASI. Those left to honor his memory are his children Litonda Sheets, Kelly (Mark) Stewart, Monica (Ben) Golden, Tim (Laura) Beitzel, Becky Green, Jim Beitzel, Don (Suzanne) Beitzel, Anne Banwarth, Paul (Jane) Beitzel, and Mary Nicol; many grandchildren; many great-grandchildren; sisters Patricia Jackson-Lightcap, Jean (Louis) Sigwarth, and Mary Lou Schaver. He was preceded in death by his wife Karen; first wife Mary Jane; granddaughter Lauren Schlueter; his parents; siblings Rita Theilen, Kate Lakeman, and Robert Beitzel.
See more See Less

In Memory Of Paul "Pete" Beitzel