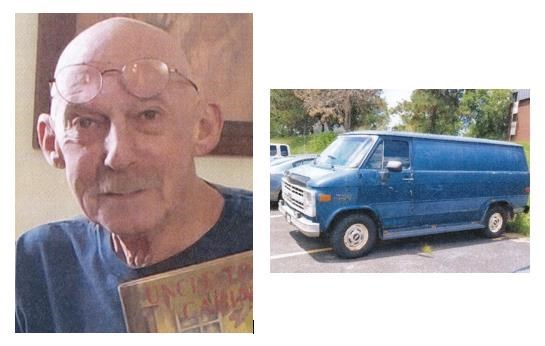 Richard D. Ekleberry, 72 of Bettendorf, IA, passed away Sunday, July 31, 2022, at Clarissa C. Cook Hospice House in Bettendorf. Per his wishes, cremation will take place. Online condolences may be expressed at www.weertsfh.com Proud United States Marine Corp Lance Corporal and Vietnam Veteran – once a Marine, always a Marine – “Oohrah” Rich was an avid collector of many things: old cameras, baseball cards, vinyl albums and being so proud of his collection of the older ones he was able to acquire. Led Zepplin a classic. He loved music and spent many days just listening to the radio and his music. He believed Stevie Nicks would be knocking on his door when he was younger, his idol; along with Barbara Streisand. Brooks n Dunn were some of his favorites along with “Fly Away” by Led Zepplin and of course many Journey Songs. Richard loved to travel and did, to many places. His favourites being New Orleans and Bahia Honda, Florida. His dream was to go to Washington D.C. to visit the various monuments, unfortunately that never happened. In the beginning, he worked for Valves and Control, then K-Mart before going into the Marines. Rich came back a changed person after experiencing Da Nang, Vietnam. After military time, he worked for the Milwaukee Railroad and Chicago North Western and held a welders card. He worked much of the time out of the Chicago yards, loving his job, despite the dangers. He was injured on the railroad and took an early retirement. Rich more recently worked for Midwest Janitorial Services. He loved his job at the Rock Island Metra Bus Center. It was a colorful job and he often told us of the situations that would arise- sometimes helping save lives of those in distress. Having to leave something that he liked doing so much was hard on him. In the time gone by, he loved biking and could go for miles and miles, kayaking, boating, golfing, and traveling and playing pool. He knew mechanics and would work on anything, restoring it back to pristine condition. He would find collectables at sales and have fun bringing them back to their original beauty. His one pride and joy was “Old Blue,” the 1990 van that took him on many adventures across country. He still bragged about how in the middle of winter, “she would start right up.” The “love of his life” was Betsy. She filled his life with laughter, fun and love and we are grateful for having her be part of his life long journey. Richard was a friend to countless people he met along the way; all the while being a loner and wanderer and working hard. He befriended many. He was always independent and he liked it that way. Rich’s message to us was “Be Careful,” always worried about us, and to never take up smoking while having COPD and all the struggles that came with it were the final straw that took the strongest person we knew from us. He was able to walk away from lung cancer with 1/3 of his lung removed, no radiation, no chemotherapy. He had a heart attack and a stent placed in his heart and refused to spend the night in the hospital. Rich overcame many obstacles in life and arrived valiant on the other side of it all and was proud of that fact. We are glad he is no longer struggling just to breathe but we will miss him beyond words could describe. Richard is survived by his sisters, Linda (Daryl) Swartz and Anita (Greg) Stott; nephew Scott (Jenny) Vesely and their children, Bryna Vesely and Skylar Vesely; niece Vanessa Vesely; daughter, Jenny Ekleberry; and the love of his life, Betsy Foster.
See more See Less