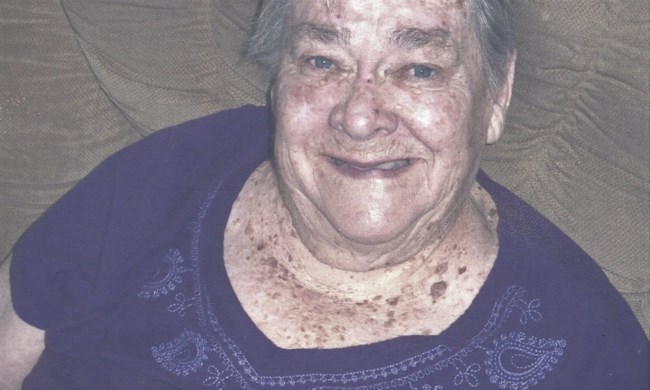 Frances Anne Frazier passed away on January 19, 2023 in Colville, WA, just shy of her 93nd birthday. She was born on January 24, 1931 in Missoula, Montana to Herbert and Anne Lasater. Frances was a 1948 graduate of Inchelium High School. She then moved to Spokane and attended Kinman Business University, where she met her future husband, Perry Frazier. Perry and Fran were married on June 17, 1950. They briefly lived in Oaksdale, WA, before settling in Harrington, WA to raise their three children. Upon retirement Perry and Frances moved to Sutherlin, OR where they remained until Perry’s passing in 2002. She eventually returned to Washington and spent her remaining years in Colville, WA. Frances was involved in Rebekah’s Lodge, Eastern Star, Rainbow, and Boy Scouts. She was well known for crocheting blankets, slippers, sweaters of many varieties and doilies. She loved camping, traveling the Oregon coast and feeding the deer in her yard. But most of all, she loved her family. To her nothing was more important. Frances was preceded in death by her parents, Sister Olivia Jeffries, brother Roy Dinius and her husband Perry. She is survived by her 3 children: Sharon (Gary) Buck, David (Lorre) Frasier, and Mike (Kellene) Frazier. She has 7 grandchildren, 9 great grandchildren, 1 great-great grandchild, as well as numerous nieces and nephews. Fran will be missed not only by her family but by many friends she made at the Buena Vista Assisted Living Facility in Colville. A Celebration of Life will be held for her at a later date.
See more See Less

In Memory Of Frances Anne Frazier