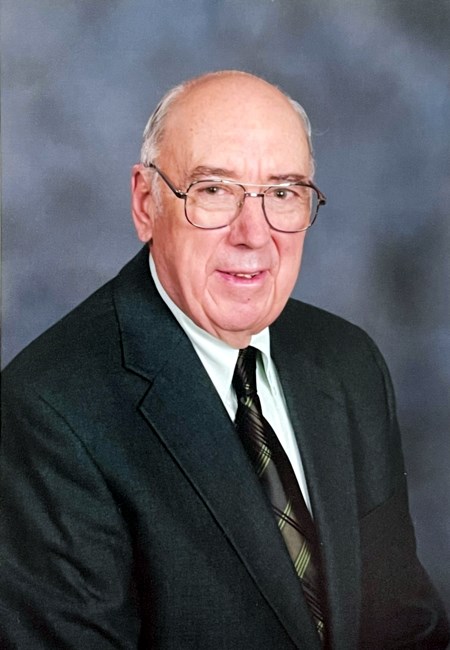 James D. Arehart, 86, of Beavercreek, Ohio, passed away July 9, 2021 at Hospice of Dayton. He was born February 26, 1935, in Sabina, Ohio, the son of Herbert and Ludene (Wical) Arehart. He was a 1953 graduate of Xenia Central High School, and NCR’s Modelmaker Apprenticeship Program in 1960. A Veteran of the United States Air Force Reserve, Jim worked at NCR until 1976. He later retired as the Instrument Shop Supervisor from the Wright State University, College of Science and Engineering in 1999. Living a life of service to his community, Jim was a 61-year member of St. John’s Lodge, No. 13; a Past Master of Mystic Lodge, No. 405; 60-year member of the Valley of Dayton, A.A.S.R.; 50-year member of Antioch Shrine, A.A.O.N.M.S; 40-year member Royal Order of Jesters, Court 10; and past Assistant Scoutmaster of Troop 56, Boy Scouts of America, Beavercreek. A devoted Grandfather, Jim would seize every opportunity to attend all his grandchildren’s events and support them in all their endeavors. He was preceded in death by his parents, his brother Richard A. Arehart, and his wife, Sandra L. (Nies) Arehart, whom he married, July 27, 1963. He is survived by a son Brian J. (Sandee) Arehart of Beavercreek; and daughter Allison Lee (Edward C.) Heigel of Beavercreek; grandchildren Jordan (Marcus) Celestin of Alexandria, KY, Jillian Heigel of Kettering, Alayna Arehart and Alex Arehart of Beavercreek; great granddaughter: Austyn Celestin of Alexandria, KY; sister-in-law: Rhea Arehart of Xenia. Family to receive friends 1:00PM to 4:00PM Sunday, July 18, 2021 at the TOBIAS FUNERAL HOME-Beavercreek Chapel (Masonic Services at 4:00PM). Funeral Service will be held 11:00AM Monday, July 19, 2021 at Peace Lutheran Church, 3530 Dayton-Xenia Rd, Beavercreek, Ohio. In Lieu of flowers, contributions may be made to the Dayton Masonic Foundation. Condolences may be expressed to the family at www.tobiasfuneralhome.com
See more See Less