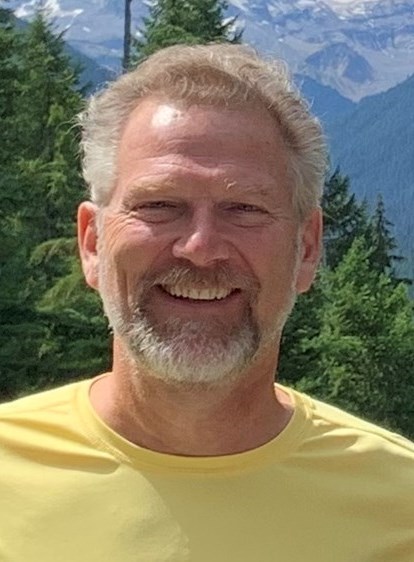 Frueauf, John W. On Sunday, July 31st, 2022, the Frueauf family lost their hero after a courageous battle against liposarcoma, a rare and unrelenting cancer. John left a legacy of love, compassion, and faith, and will be dearly missed in the community. John was born in Dayton on July 10th, 1954, to Walter Henry and Roberta Jean Frueauf. While attending Fairmont West High School, he became a star wrestler and football player. There, in Biology class, he met the love of his life, Lori Lee Smith, from which an everlasting friendship and love blossomed. After high school he began working at Arby’s on Smithville Road in Kettering, and later attended college at Sinclair Community College and obtained his Bachelor’s degree from Wright State University. From his start at Arby’s on Smithville Road, John rose to several leadership positions, including Chief Operating Officer, at GZK, Inc., a franchisee of numerous Arby’s and Lee’s Famous Recipe restaurants in the greater Dayton area. John retired from GZK, Inc., in 2018, after 46 years with the company. John was a devoted member and ardent supporter of Dorothy Lane American Baptist Church, where he and Lori married and where his memorial service will be held on Saturday, August 6, 2022, at 12:00 PM. The family will receive guests prior to the service beginning at 10:30 AM. In retirement, John thrived on playing with his grandchildren, sought adventures around the US, Germany and the world with his wife, and began new passions, such as piano and language, to satiate his life-long desire to learn and conquer new challenges. John is survived by his adoring wife Lori, his sons Jeremiah (Anastazia), Joshua (Rachel), Joseph (Samantha Rockwell), Jacob (Ali). He loves his twelve grandchildren: Kaiden, Walter, Maggie, Maria, Tanner, Emery, Jordan, Juliette, Asher, Eily, Paisley, and Sawyer. He is also survived by his brothers Gregory, Brent (Sandy), and running partner, Rodney, as well as numerous family members and friends. His tireless love and devotion to his family were evident through his final moments. In lieu of flowers, contributions in John's memory may be made to Dorothy Lane American Baptist Church, 960 W. Dorothy Lane, Dayton, Ohio 45409 US, www.dlabc.org; and Sarcoma Foundation of America, 9899 Main St., #204, Damascus, Maryland 20872 US, www.curesarcoma.org. Fond memories and expressions of sympathy may be shared at www.tobias-funeral.com for the Frueauf family.
See more See Less

In Memory Of John Walter Frueauf