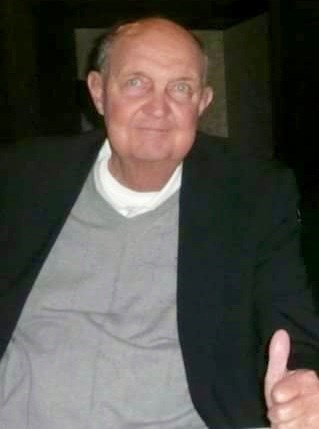 KENNELLY, Joseph William, age 78 of Centerville, passed away Monday, November 23, 2015 at Hospice of Dayton. Joe was born on August 25, 1937 in Pittsburg PA. He was preceded in death by his parents and brother, Jack. He is survived by his wife of 56 years, Sue; children, Chris (Sandy), Tim (Sandy) Jenni Creighton, Terry (Alissa); grandchildren; Logan Nichols (Kayla), Jordan Nichols, Alex Creighton, Connor Creighton, Torie, Allison, Hayden, Hannah and Holden Kennelly; siblings; Dolores Observer, Tim (Mary Lou), Tom (Pat), Dennis (Rose), Patricia Kennelly, Kathy Ziesloft (Dave), Peggy Meyer (Glen), and many nieces and nephews. Joe was a graduate of the University of Dayton, where he played basketball and received his Masters from Eastern Michigan University. He worked 37 years with the Bedford School system in Michigan as an Athletic Director and Administrator before retiring to Florida. Special Thanks to the caring staff at Miami Valley Hospital and Hospice of Dayton for taking such great care of Joe. The family will receive friends from 10:00 to 11:00 a.m. Saturday, December 5, 2015 at St. Mary Catholic Church, 115 S. Main St., Franklin, Ohio 45005, with a Mass of Christian Burial at 11:00 a.m. Memorial contributions may be made to Hospice of Dayton, 324 Wilmington Ave., Dayton, Ohio 45420. Condolences may be made to www.tobiasfuneralhome.com

In Memory Of Joseph William Kennelly