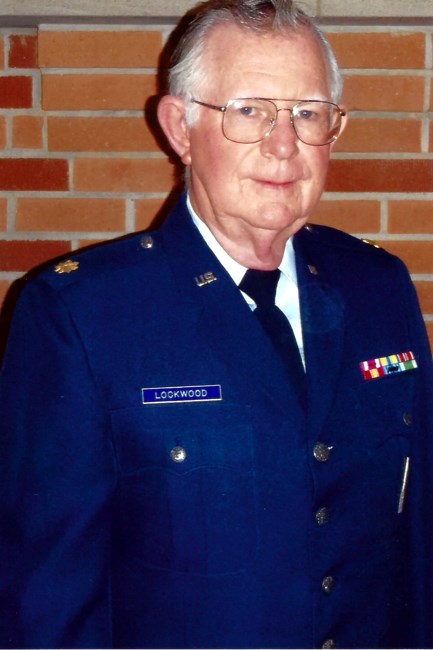 On Sunday, July 11, 2021, Lyle Lockwood passed away peacefully at the age of 80, in the loving care of his wife Jean of 60 years. Known to many as “Papa,” Lyle always met his career and work challenges with great diligence, but as a camper, antique toy collector, tracker and hunter of morel mushrooms, and Purdue sports fan, he always worked just as hard at play. Above all, though, he loved God and each one of the members of his large family.

Close family will attend an interment ceremony on Friday, July 30th at the Dayton National Cemetery. A Visitation and Funeral Service will be held on Saturday, July 31st, 2021 at 10:00 a.m., at Aley United Methodist Church in Beavercreek, OH. Memorial donations may be offered in Lyle’s memory to the Affiliate Societies Council of Dayton (5100 Springfield St, Dayton, OH 45431) or Greene County Council on Aging (1195 W 2nd St, Xenia, OH 45385).

Raised by his now deceased parents, Lois and Dayton Lockwood, in Steuben County, IN, Lyle graduated from Ashley School in 1958. He married the love of his life, Jean, in 1960, and the two of them attended Purdue University, where Lyle participated in ROTC, earning a degree in Forestry in 1963. At Purdue, Lyle emerged as a leader of the ROTC Drill Team, and throughout his life, he participated in Drill Team reunions and performances, and even co-authored a book with Bill Holder chronicling the team’s achievements and memories, Purdue’s Finest.

Upon college graduation, Lyle earned a commission in the Air Force, later earning an M.S. at the Air Force Institute of Technology. Lyle was proud of his 21 years of service as an officer in the United States Air Force. He was awarded numerous citations during his military career, including the Meritorious Service Medal, Organizational Excellence Award, and Small Arms Expert Marksmanship Award. His work at Wright-Patterson Air Force Base centered on managing the production process of two significant aircraft, the F-15 and the F-16. The brass anxiously awaited the first F-15 flight, and an Air Force General asked, “Lyle, when are we going to get this plane off of the flight line!?” In reply Lyle brazenly quipped, “When my team says it’s ready!”

Upon his 1984 retirement from the Air Force, he joined Universal Technology Corporation (UTC) and began a long relationship with the Affiliate Societies Council of Dayton. With the support of ASC, Lyle helped to establish TechFest, an annual event that brings thousands of school children together for a weekend extravaganza of free hands-on STEM activities.

During the decades of his career with UTC, he and Jean continued to live in Beavercreek, OH, (where they moved in 1971), raising their three children and helping them all graduate with university degrees. Life for Lyle during these times allowed him to continue to combine his professional, spiritual, and leisure interests in creative ways. Their lives in Beavercreek were highlighted by 50 years of service to their church, Aley United Methodist Church, where Lyle served on nearly every committee, including the board. When his son Ross joined Cub Scouts, he became an active supporter and served the Boy Scouts through both his sons’ scouting careers, eventually leading an Explorers Post at UTC.

Beginning in the 1980s, Lyle became an important member of the Project Management Institute, from serving on several committees to organizing and attending numerous PMI international conferences. Lyle also joined the Engineers Club of Dayton at about the same time, where he was delighted to find a welcoming community of professionals who shared his own passion for learning. He was a regular at their weekly “Barn Gang” lunches, the last one of which he attended just a week before his passing.

A favorite activity of Lyle’s -- one that encapsulated his professional skills, organizational acumen, and love of family -- was photography and film. Frequently, he would snap photos at family weddings and reunions, only to sneak out and surprise loved ones with prints to hand out before these gatherings had ended. His numerous hours spent sorting through and sharing these images were his way of keeping his family connected and of encouraging the sharing of memories through the telling of stories. Indeed, Lyle enjoyed very few things more than exchanging stories with those he so dearly loved.

In Memory Of Lyle Wayne Lockwood