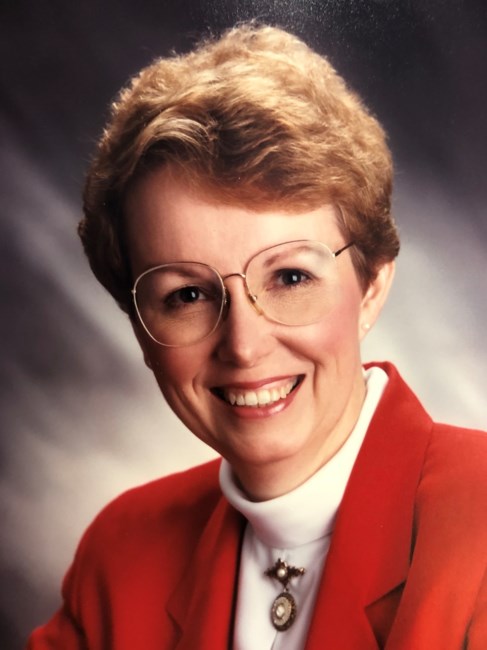 OLSEN, Marcia Anne, age 81 of Beavercreek, passed away on Friday, July 12, 2019 at Village at the Greene in Beavercreek, OH. She was preceded in death by her parents Jack and Mary Black of Minneapolis, MN and brother John D. Black of Houston, TX. Marcia married Jim Olsen on Aug. 29, 1959 in Minneapolis, MN. She is survived by Jim, daughter Anne Bauman and her husband James of Louisville, KY, son John Olsen and his husband Doug Ray of New York, NY, daughter Dr. Mary Olsen-Lanzafame and her husband John of Pittsford, NY, grandson Eric and his wife Blair, and grandsons Jacob, Henry and Carter. Marcia graduated from Incarnation School in 1952, Holy Angels Academy in 1956 and attended the University of Minnesota, all in Minneapolis, MN. As a student she worked part-time at the University of Minnesota Heart Hospital. There she became an expert surgical stenographer. When her children Anne, John and Mary were old enough she began working at Wright State University. Always modest about her abilities, she started in a typing pool in the School of Medicine. The University quickly recognized her talents, and soon thereafter she was the secretary to the University’s senior Vice-President, in addition to playing a major role in the University’s United Way Campaign. As one of her friends said about her “She is a loving, caring, intelligent, articulate, witty woman.” A Mass of Christian Burial will be held at 10 am on Saturday, July 20, 2019 at St. Luke Catholic Church, 1440 N. Fairfield Rd. Fr. Terry Schneider celebrant. Interment will follow at Woodland Cemetery, 118 Woodland Ave., Dayton. The family will receive friends at the Tobias Funeral Home-Beavercreek Chapel, 3970 Dayton-Xenia Rd. at Grange Hall Rd. from 4 p.m. – 7 p.m. on Friday, July 19. Memorial contributions may be made to Hospice of Dayton, Recovery Incorporated, or the Democratic National Committee. www.tobiasfuneralhome.com
See more See Less

In Memory Of Marcia Anne Olsen