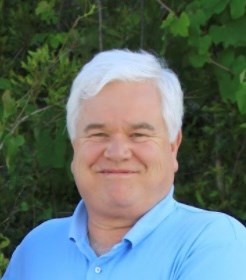 Michael A. Mehlhorn, 66, of Centerville, Ohio, passed away unexpectedly on Thursday September 16, 2021.

Michael, known as “Mick” by most, was born January 21, 1955, in Dayton, Ohio. He graduated from Belmont High School in 1973, University of Cincinnati in 1977, and went on to receive his Masters Degree from University of Illinois in 1978. He was a CPA at P&A Tax & Accounting Services for 27 years. Mick’s Christian faith was an essential part of his life. He was a faithful servant who enjoyed his Monday morning bible study & Saturday men’s fellowship. He could always find a way to throw in humor to lighten up serious conversations. He was the best “Papaw” to his 4 grandchildren, who were the center of his world.

He is preceded in death by his parents, Benjamin and Bonnie Mehlhorn, as well as his brother, Douglas Mehlhorn.

A memorial service will be held at Grace Lutheran Church (410 E Pease Ave, West Carrollton, OH 45449) on Friday October 22nd at 1 PM. In lieu of flowers, memorial contributions may be made to any of the 3 following locations:

Condolences can be sent to www.tobiasfunealhome.com

In Memory Of Michael Adrian Mehlhorn