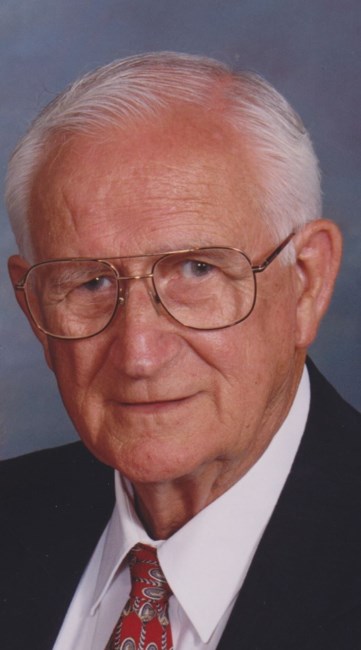 Norman R Ashworth, age 93, of Beavercreek, Ohio passed away on Thursday, May 5, 2022. He was born in Eaton, Ohio (Campbell's Town) to the late Ralph and Beatrice(Lambert)Ashworth, July 10, 1928. Norman graduated from Eaton High School in 1946 and received his teaching degree in 1950 from Wilmington College. He began his teaching and coaching career in Junction City, Ohio where he coached varsity basketball for two years. He was in the Army from 1952-1954 and then went on to teach and coach at Bradford High School from 1954-1959. He coached at Beavercreek High School from 1959-1979 and retired from teaching at Beavercreek in 1984. Norman was a member of the Aley United Methodist Church and a United States Army veteran of the Korean Conflict. He is preceded in death by his wife Jeanette, sisters Doris Johnson and Carol DeCamp. Norman is survived by his children: Doug(Cia)Ashworth of Nashville, Tennessee, Mark(Denise)Ashworth of Springboro, Ohio, Pam Pemberton of Columbia, Maryland, and Teresa(Tony)Volle of Mason, Ohio; eight grandchildren: Michael(Amber)Ashworth and Lauren Ashworth; Lindsey(Mike)McCann, Eric(Brooke)Ashworth, and Craig(Kristen)Ashworth; Kayla, Brooke and Jared Volle; seven great-grandchildren: Ethan Ashworth; James and Charlotte McCann; Chloe and Callie Ashworth; Ella and Charlie Ashworth. Family to receive friends 9:30AM to 11:30AM Wednesday, May 11, 2022 at the TOBIAS FUNERAL HOME-Beavercreek Chapel; where service will be held 11:30AM with Rev. Don Payne officiating. Burial to follow in the Mount Zion Shoup Cemetery. In lieu of flowers contributions can be made, in Norman's memory, to the St. Jude's Children's Hospital or charity of your choice. Fond memories and expressions of sympathy may be shared at www.tobias-fh.com for the Ashworth family.
See more See Less

In Memory Of Norman R Ashworth