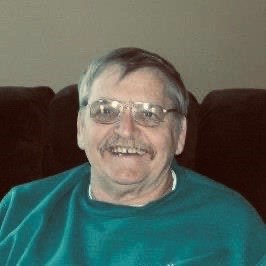 Richard E. ’Dick’ Menke, age 70 passed away at his residence unexpectedly Tuesday, December 3, 2019. Dick was a 1967 graduate of Fairmont East High School. He was an avid softball player who played well into his 60’s. He was employed by Wright State University for 17 years as a pressman in the print shop. Dick was a volunteer fireman with the Kettering Fire Department for 31 years; during his career there he received the Life Saving Merit Award in 1986. After retiring from the fire department in 2015 he returned to volunteering, with the City of Kettering Police and Service Department, with over 855 volunteered hours of service. He is preceded in death by his parents John and Pat Menke. Dick is survived by his loving wife of 48 years, Carol Grey Menke, their children; Jennifer(Brandon)Moran, and David(Michele)Menke, grandchildren; Cooper and Cade Moran, Addison and Andrew Menke, siblings; Amy(Tom)Loges, Jaye(Harry)Heiser, Jack(Lynne)Menke, and Mary Menke and a host of nieces and nephews. Family will receive friends 5:0PM to 8:00PM Monday, December 9, 2019 at the TOBIAS FUNERAL HOME-Beavercreek Chapel; where service will be held 11:30AM Tuesday. Burial to follow Mt. Zion Park Cemetery. In lieu of flowers contributions can be given in Dick’s memory to the Alzheimer’s Association Miami Valley Chapter 31 W. Whipp Rd. Dayton, Ohio 45459. Condolences can be expressed to the family at www.tobiasfuneralhome.com
See more See Less