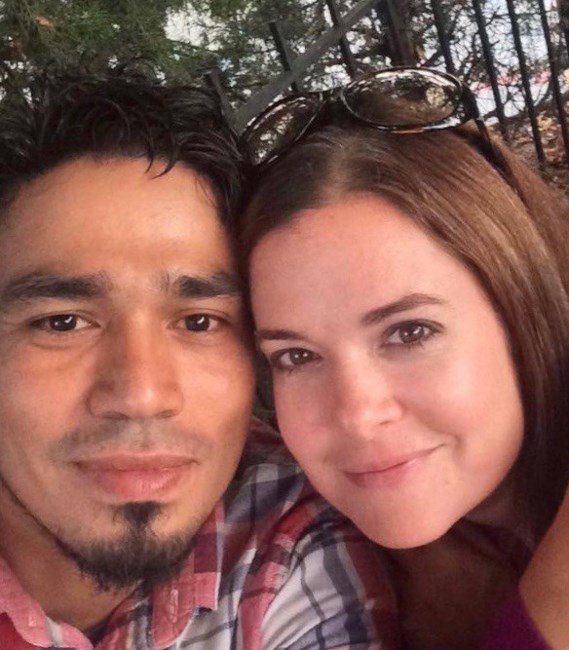 Ruben Ruiz was born and raised in Cali, Colombia and moved to the United States in 2005. He attended classes at Georgia State University where he met his wife, Brenna. They were married in 2007 and moved to Dayton, Ohio in 2009. He became a United States Citizen in November of 2018. Ruben studied for the priesthood before completing his Bachelor’s Degree in Philosophy from the Universidad del Valle in Cali, Colombia. He deeply loved his work as an arborist and production manager at Arbor Experts in Dayton, Ohio. His deep, personal Christian faith was lived out in his pure devotion to his family and to others, never wavering in the way he lived it out. His wonderful sense of humor brought joy to everyone who knew him. He is survived by his wife, Brenna Seifried Ruiz and their four children; his parents, Marco Antonio Ruiz and Martha Zúñiga Portocarrero; brother, Marco Antonio Ruiz Zúñiga; sister, Nazly Julieth Ruiz Zúñiga; grandparents and extended family in Colombia; parents-in-law, David and Jill Seifried; brothers and sister-in-law, Jeremy (Jessica) Seifried, Ethan (Lauren) Seifried and Ari (Benjamin) Allen and numerous nieces and nephews. A memorial mass will take place at 10:30am on Friday, March 1st, 2019 at Immaculate Conception Catholic Church, 2300 Smithville Road, Dayton, OH 45420. In lieu of flowers memorial contributions may be sent to The Arbor Day Foundation by visiting https://www.arborday.org/.
See more See Less

In Memory Of Ruben D Ruiz