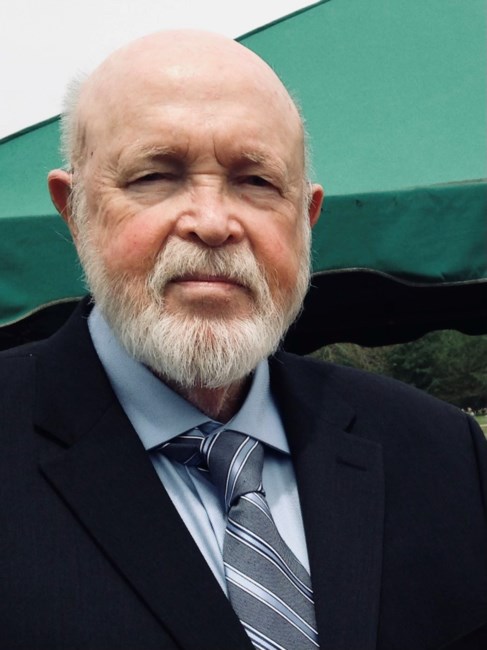 Charles Edward Case, age 88, passed away on January 22, 2023 in the loving arms of his family. Funeral services will be conducted on Wednesday, January 25, 2023 at 2:00pm at Roselawn Funeral Home by the Rev. Bryan Blass. Visitation will be on Wednesday, January 25, from 1pm till 2 pm at Roselawn Funeral Home. With burial in Decatur City Cemetery. He was a member of Central Baptist Church and the Encourager Class. Mr Case was born August 1, 1934, in Blount County, Alabama, to Robert Edward and Velma Lucille Holcomb Case. He was preceded in death by his parents, sons infant James Whitt Case and Charles (Butch) Case, brother Fred Case. sisters Betty McCain and Ann Powell, and the love of his life and best friend for 63 years, wife Ann Hamrick Case. He is survived by son Michael E. Case (Lynda) of Tuscaloosa, daughter Maria Case Young (Bruce) of Decatur, seven grandchildren and sixteen great grandchildren. He was educated in the public schools of Columbus, Ga and Decatur, AL and held BS (Accounting) and MBA (Management) degrees from Athens Methodist College (Athens University), of which he was a lifetime alumnus. He was a member of the American Legion Post 15 and the Decatur Jaycees. He was also a member of the Association of Government Accountants, the Association of Military Comptrollers, and the Association of the US Army National Professionals. Mr. Case was a proud veteran of the Us Army Corps of Engineers. During the early years of the Cold War, he served two years in the country of France with the 510 Engineer Heavy Equipment Company building storage sites for prepositioned war munitions. He was honorably discharged in August 1956. After college, he resumed his Army association in 1961 as a civil servant with the Army Ordnance Missile Command (now Army Missile Command) , starting first as an Industrial Cost Accountant. Over the next twelve years he held positions of increasing responsibilities in the fields of accounting and financial management. In 1973 he transferred to the Head Quarters , US Army Pacific Command, Ft Shafter, HA serving as Director, Centralized Financial Management Agency. The Agency was responsible for financial control and accounting of the common items supply for all military activities in Vietnam and Army activities in Japan, Korea and Hawaii. With the drawdown of military activities in Vietnam, functions and responsibilities were reassigned and Mr Case transferred in 1975 to Indianapolis, IN. There he was responsible to the Assistant Secretary of The Army for Finance and Accounting (ASA/FA), first for the design, development, fielding and maintenance of standard installation level accounting and control systems throughout the Army. Later, he was responsible for Army accounting and pricing policies for the sale of Army services and equipment to authorized individuals and countries (foreign military sales). After 32 years of service, he retired in 1990 and he and his wife returned to Alabama to be near their three children and, moreover, eight grandchildren and eighteen great-grandchildren. Pallbearers: Stephen Whitt Young, Michael Travis Case, Christopher Matthew Case, Joseph Bradley Case, Nicholas Daniel Sanders and William Paul “Bill” Dumas Honorary Pallbearers: Jim McAlister, Robert Smith, Andrew Jared Case and Charles Bradley Case In Lieu of flowers the family asks that for those interested donations be made to the Central Baptist Church of Decatur or St Jude’s Children’s Hospital Interviews of Charles by the grandkids can be found on YouTube under Charles Case: Legacy Interview
See more See Less

In Memory Of Charles Edward Case