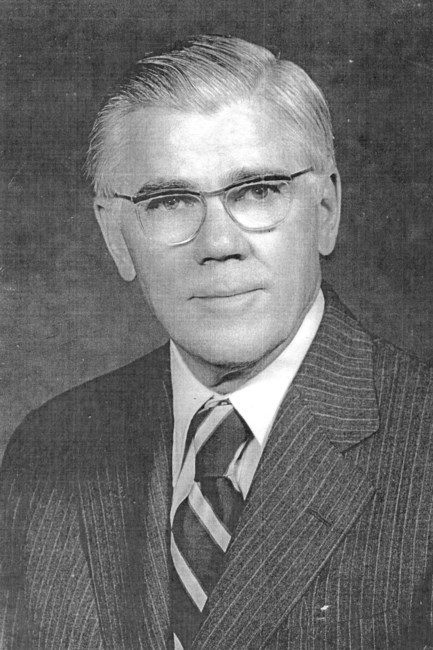 Donald Wright Mann, 99, of Deerfield Beach, FL, departed for his eternal resting place on May 1, 2021 passing away peacefully at his home. He is survived by his wife, Sahron Marks, and by his four children; Margaret Quirici, Francoise Mann, James Mann, and Beatrice Mann, and 11 grandchildren, all of whom live across Europe. Don is also survived by his step-daughter, Diane Saco (Ocala, FL) and by Sharon's two sons, Bryan Garber and Bradley Garber (both living in the Phillippines). Don was preceded in death by his first wife and the mother of his children, Geannine Chevalier Mann, his second wife, Vivian, and his step-son, John DiMiceli. Also preceded in death by his brother, James Hervey Mann, III and his sister, Martha Mann. Don was born on January 16, 1922, in Pine Bluff, AR, the son of James Hervey Mann, JR. and Werner Duncan Mann. He lived in Chicago as a young boy, but spent most of his early life in St. Petersburg, FL. After graduating from high school, he briefly attended a local community college before transferring to Wesleyan University. Completing the coursework for a degree in Liberal Arts, Don enjoyed the works of Chaucer, Shakespeare, and Moliere, memorizing countless passages. After Wesleyan, Don enlisted in the U.S. Navy and served in an amphibious division as an officer. His unit was the one of the many divisions that were sent to Omaha Beach for the D-Day landings at Normandy, and Don had vivid memories of the dangers involved and the great loss of life. Don returned to the States and enrolled in graduate studies at Columbia University and then moved to France to pursue studies in the French language. While there, he met his first wife, married, and started his family. He lived in various places in France, Morocco, Lebanon, and Germany, working in sales at General Tire and in real estate back in the U.S. Returning permanently to the United States, Don became concerned about the devastation of the world's resources and began writing essays on population growth, sending them to scientists and academics. This exchange of ideas lead to the creation of a new nonprofit organization devoted to the study of U.S. population size and growth, ultimately calling for a slow and gradual reduction in the size of our population until we reach a smaller, truly sustainable level. Negative Population Growth, Inc. was founded in 1972. Don was one of the founding directors and he served as President of the organization from its inception until his death. His staff would describe him as a grandfatherly figure, always providing guidance and encouragement while allowing them to test new ideas and approaches as everyone worked toward a common goal. Don's family will arrange a private celebration of his amazing life at a later date. Fond memories and expressions of sympathy may be shared at www.kraeerdeerfieldbeach.com for the Mann family.
See more See Less

In Memory Of Donald W. Mann