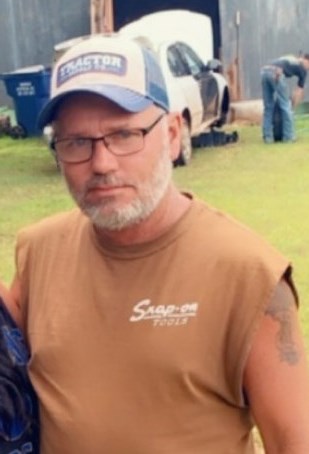 Kenneth Dwayne Dolph was born January 14, 1968 to Haskell Dolph and Barbara Scott in Oklahoma City, Oklahoma. He received his high school diploma and worked for Haskell Lemon Construction until his passing August 3, 2022. Kenneth’s proudest moment was when his daughter, Erica, was born and then he kept busy as her coach in basketball and softball during her school years. Later, he delighted in the time he spent with his grandchildren, going to the lake, and window-shopping that also included every aisle. Preceding Kenneth in death were his parents and his father-in-law, Robert Keesee. He is survived by his wife Connie, daughter Erica Owen with spouse John Stephens of Oklahoma City, granddaughter Payslin Owen, grandson Tucker Owen, niece Breana Cooksey, nephew Robert Cooksey, sister-in-law Jena Ford, mother-in-law Wanda Keesee, and Justin Owen. Said to be a little on the onery side, Kenneth was loved by all and will be missed.
See more See Less

In Memory Of Kenneth Dwayne Dolph