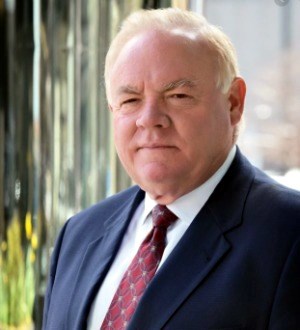 George Stephen "Steve" Long, age 70, passed away unexpectedly on October 1, 2022 in Glendale, Colorado. Steve was born to George G. and Betty (McKee) Long in Memphis, Tennessee on March 22, 1952. Being the son of a career Marine, Steve moved frequently during his childhood years. After graduating from Vista High School in Vista, California, Steve attended Harvard University where he studied Criminal Justice. Following graduation he attended the University of Wisconsin Law School in Madison, Wisconsin, receiving his J.D. in 1977. After law school, Steve and his wife, Mary Johannes moved to Kansas City where he clerked for Federal District Judge John Oliver. He then joined the law firm of Shughart, Thomson & Kilroy where he began his career in corporate litigation. It was during these years that his daughter, Alysia Christine was born. Following Steve and Mary’s separation he relocated to Denver, Colorado in 1988 to continue his law career. There he met and married Shelley Jarvis and they shared two daughters, Marlena Madelyn and Mallory Megyn. Over the years, Steve worked at multiple law firms, most recently founding GSL Trial Lawyers. Throughout Steve’s successful legal career, he tried more than 90 jury trials in 19 states, appearing before five State Supreme Courts and five Federal Courts of Appeal. He received national recognition for his achievements and was one of a very few attorneys to be selected as Super Lawyers’ “Best Lawyers in America” for 15 consecutive years. When not preparing cases or mentoring young attorneys, Steve enjoyed flying his Beechcraft Bonanza, attending Kansas City Chiefs football games, cheering on the KU Jayhawks basketball team and spending time with friends and family. Steve leaves behind daughters Alysia Rich (Daniel), Marlena Long and Mallory Long; his mother, Betty Long; brother Robert Michael Long (Lola); and 5 grandchildren. Steve’s father, Col. George Gilmore Long passed away two days after his son. Steve was deeply loved, will be deeply missed but never forgotten. A memorial service for Steve will be held Friday, October 21, 2022 from 2:00 PM to 3:00 PM at Olinger Hampden Mortuary & Cemetery, 8600 East Hampden Ave, Denver, CO 80231, followed by a brief reception. Fond memories and expressions of sympathy may be shared at www.olingerhampdenmortuary.com for the Long family.
See more See Less