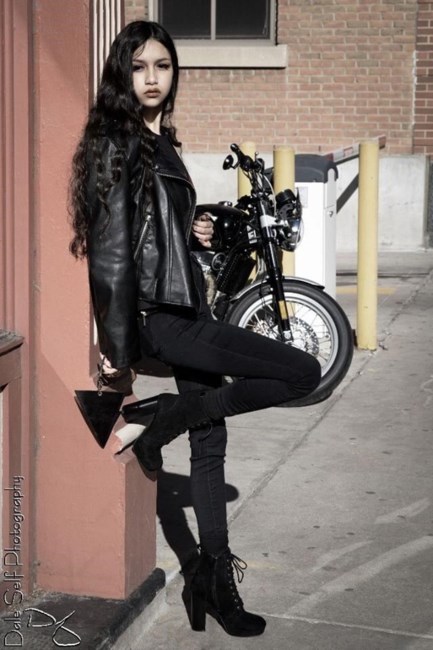 Macey Lynn Manzanares, 16 passed away unexpectedly January 17, 2022. A life that was just beginning and cut too short. Even though Macey was taken from us before her time, she lived her life to the fullest every single day, she was fearless, outgoing, strong willed and determined. Macey was born on January 29th, 2005 in Denver, CO to her amazing parents Jason and Billy Manzanares. Macey has two siblings Avitar and Ila who she loved dearly and had close relationships with. Her time spent with Ila was having girl time hanging out and laughing together. Her time spent with Avitar was bonding over their love of art. Her two cats Salem and Juliet were her babies. She attended Thomas Jefferson High School where she met and attracted many friends. She had a magnetic personality that people gravitated towards. Macey had many passions from fashion, modeling, acting, art and reading. She was a trend setter and often gave friends fashion tips. Fishnet leggings weren’t cool until Macey wore them and she rocked them. She loved her job at Hot Topic, after all where else is she going to get the best deals on fishnets? Macey’s love of acting and the arts drew her to theatre and choir at school which built onto her dream of being an actress after High School. Those of you who know Macey know how determined and strong willed she is so you know she would have made it. One of Macey’s accomplishments that she was proud of was obtaining her brown belt in Krav Maga and the other was having the opportunity to do professional modeling with some great photographers and designers. Macey touched the hearts and lives of many at such a young age, she is loved by many and will be in our hearts forever. Macey is survived her parents Jason and Billy Manzanares, her older brother Avitar and younger sister Ila, Grandmother Devonna Torrez (maternal), Grandmother Virginia Chavez (paternal), as well as several aunts, uncles, cousins and friends. She is preceded in death by her Grandfather Willie Torrez (maternal), Grandfather Sal Manzanares (paternal) and her uncles William Torrez, Richard Manzanares, Steve Manzanares and John Cummings. One of Macey’s hobbies was collecting crystals so the family is asking those attending her Celebration of Life service to bring a crystal to be placed near Macey during the service.
See more See Less

In Memory Of Macey Lynn Manzanares