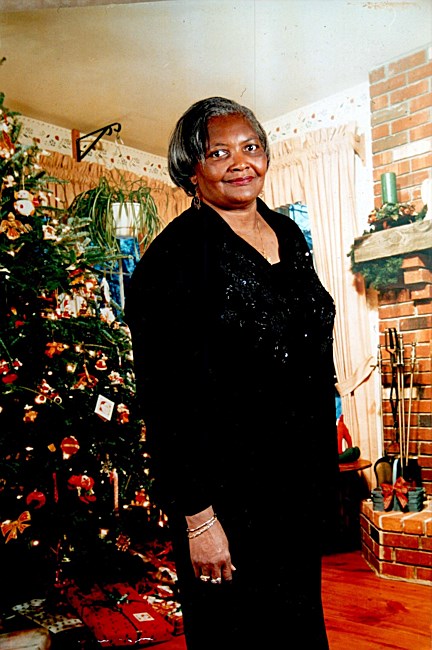 Dorothy Mae Thomas Davis, age 78, of Austell, Georgia passed away Saturday, September 17, 2022. She was born October 7, 1943, in Hope Hull, Alabama, where she grew up on a farm. As a young girl she was very athletic and enjoyed outdoor activities such as horseback riding. Dorothy joined the church at an early age and served on the ministry board for many years. One of her favorite hobbies that she enjoyed most was to crochet. She was a devoted mother and caregiver to her five children and four of her grandchildren. Preceding her in death were her parents, Alonzo, and Mary Ella (Jackson) Thomas; daughters, Genita Thomas, Gloria Davis, and Alfredia Davis; a grandson, Marquis Davis; brothers, Charlie Thomas, William Thomas, Freddy Thomas, and Alonzo Thomas, Jr.; a sister, Mary (Thomas) Phelps; sisters-in-law, Lottie Thomas, Loleta Thomas and Juanita Thomas; and a brother-in-law, Elijah Smith. Those left to cherish her memory are two sons, Sedrick Davis (Denise), and Undra Lazar Davis (Karen); Dorothy’s former husband and father of her children, Robert Davis; brothers, Tom Thomas, J.C. Thomas, and John Willie Thomas; sisters, McGrath Jean Thomas, and Bertha (Thomas) Smith; sisters-in-law, Jessie Thomas and Sophia Thomas; grandchildren, Tanisia Davis (Gregory), Princess Davis-Millender (Ken), Sedricka Davis, Sedrick Davis, Michael Davis, Ary Thomas, Sherrod Scott, Undra Davis, Ryan Hall, Kenana Parker, Seth Davis, Price Davis, and Kerria Johnson; twenty great-grandchildren and one great-great-grandchild; as well as numerous other family members and friends. The funeral service will be Friday, September 23, 2022 at 1:00 PM in the Rosehaven Chapel. Following the service, Dorothy will be laid to rest in Rosehaven Memorial Park. For those unable to attend the service in person, you may view the Livestream from the online obituary page at www.whitleygarner.com. Thoughts and condolences to the family may be shared online at www.whitleygarner.com. Whitley-Garner at Rosehaven Funeral Home is honored to be entrusted with the services of Dorothy Davis.
See more See Less

In Memory Of Dorothy Mae Davis