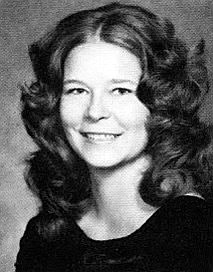 Linda Diane Fussell, age 65, of Douglasville, Georgia passed away Sunday, January 22, 2023. She was born July 25, 1957 in Tampa, Florida. One of Linda’s great joys in life was her family. She was a loving wife, best friend, and partner in life to her beloved husband of 46 years. They just celebrated their 46th anniversary on January 21st. Linda was a selfless mother and grandmother. She was always involved in her children’s activities from their younger years and lived vicariously through their continued adventures. Linda grew up in the Tampa Bay and Ruskin areas in Florida. She was a graduate of East Bay High School. In high school she was a band member, a majorette, and was known for her 2-baton twirling skills. The band often performed at Tampa Bay Buccaneers games. After high school, Linda assumed the title, “Miss Flame of Ruskin,” until her family move to Odessa, Florida. This is where she met and fell in love with Tim. Linda attended Tampa Collage and earned her associate degree. She and Tim got married in January 1977. They moved frequently for their first 20 years of marriage due to Tim’s military career. Linda continued to tackle everything she encountered with the same zest and passion she had for life throughout these moves. Their travels eventually led them to Douglasville, where they would raise their family. Linda enrolled her kids into karate at Champion Karate and Fitness, and eventually joined them in martial arts classes. She earned a 2nd Degree Black Belt and later became an instructor. She travelled domestically with her family to compete and earn medals in karate national championships. They also participated in international competitions in Hawaii, and as far away as Budapest, Hungary. Her health began to deteriorate about 10 years ago, and she took on new passions like watching General Hospital with Tim and became an avid reader. She joined online book clubs and forums. This opened up a new avenue for her to become involved with reviewing books and contributing to many major authors whom she had the opportunity to meet online. Regardless of the obstacles that her life began to present, Linda always faced each situation with grace and courage. Linda and Tim shared a passion for international travel over the years. They ventured to Germany, Panama, Egypt, Jamaica, and Saint Lucia where they loved to watch sunsets holding hands. One of their favorite spots to go each year was North Redington Beach Florida where both family siblings, children and grandchildren met to keep close family ties. Preceding her in death were her parents, Cecil O. and Doretha (Malone) Goodwin; and a sister-in-law, Gayle Goodwin. Those left to cherish her memory are her beloved husband of 46 years, Tim Fussell; son, Randy Fussell and his wife Anastasia; a furry granddog, Shoto Fussell; daughter, Stacy Riforgiat and her husband Wil; grandchildren, Tommy and Haley Riforgiat; brothers, Samuel Goodwin and his wife Linda and Ronald Goodwin; sister, Sharon Proctor and her husband Harry; sister-in-law, Muriel Winslow and her husband Bill; as well as numerous other family members and many friends. She was loved by all who knew her and will be missed by all. The family will receive friends at the funeral home on Sunday, January 29, 2023 from 1:00 PM until 2:00 PM. A memorial service will follow at 2:00 PM in the Rosehaven Chapel with Pastor Sam Braswell officiating. For those unable to attend the service in person, you may view the Livestream from the online obituary page at www.whitleygarner.com. lieu of flowers, the family asks that you make a donation in memory of Linda Fussell to the charity of your choice. Thoughts and condolences to the family may be shared online at www.whitleygarner.com. Whitley-Garner at Rosehaven Funeral Home is honored to be entrusted with the services of Linda Fussell.
See more See Less

In Memory Of Linda Diane Fussell