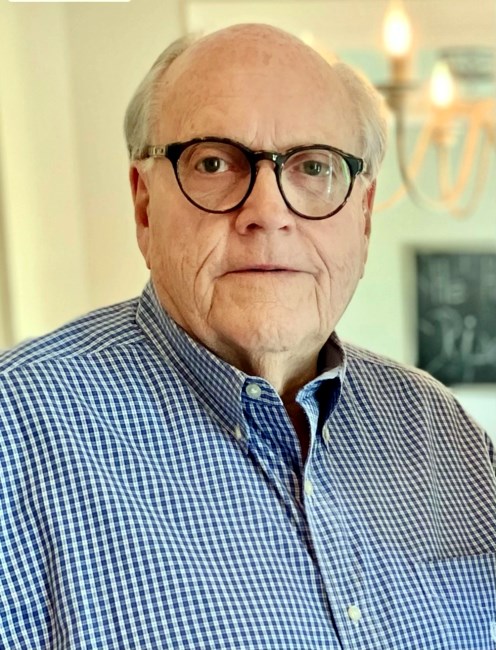 Ernie Malcolm James, age 75 of Villa Rica, Georgia peacefully passed from this earth and entered his home in heaven on September 17, 2022 at Piedmont Hospital in Atlanta, Georgia. Malcolm was born in Villa Rica, Georgia on October 2, 1946 the son of the late William Frank James and Eunice Scroggins James. His Christian faith was an essential part of his life. He spent many years of his life serving in the preschool ministry of his church, alongside his wife, Patsy. Malcolm was a devoted husband to Patsy, who he cherished through the years. He was also an awesome father figure to his boys, Dan and Matt. Malcolm always supported them in everything and never failed to give them words of encouragement. One piece of encouragement they heard often was, “Never Give Up”. He was a true family man that rarely missed an opportunity to bring his family together. Malcolm especially enjoyed spending time with his grandchildren who affectionately called him “Big Daddy”. Many of his close friends called him by this name as well. Malcolm loved their beach trips, holidays, working in his yard and family coffee time. He was also an avid University of Alabama football fan. Roll Tide! He is survived by his beloved wife Patricia “Patsy” James of fifty seven years, Sons and daughters-in-law, Dan and Haley James, Trussville, Alabama; Matt and Natalie James, Greer, South Carolina; grandchildren, Daniel James, Laura Ann James, Caroline James and Sarah James; mother-in-law, June Meeks; and brother and sister-in-law, Mac and JoAnne James. Several nieces and nephews also survive. In addition to his parents, Malcolm is preceded in death by his sister, Mildred Dukes. The family will receive friends at the funeral home on Wednesday, September 21, 2022 from 1:00 until 2:00 p.m. The funeral service will follow the visitation at 2:00 p.m. in the chapel at Whitley Garner at Rosehaven Funeral Home with Dr. John Pennington and Rev. Ikey Watson officiating. Music will be provided by Melissa Murray and Linda Walters. After the funeral service, the interment will be private. Thoughts and condolences to the family may be shared online at www.whitleygarner.com. Whitley-Garner at Rosehaven Funeral Home is honored to be entrusted with the services of Ernie Malcolm James.
See more See Less

In Memory Of Malcolm James