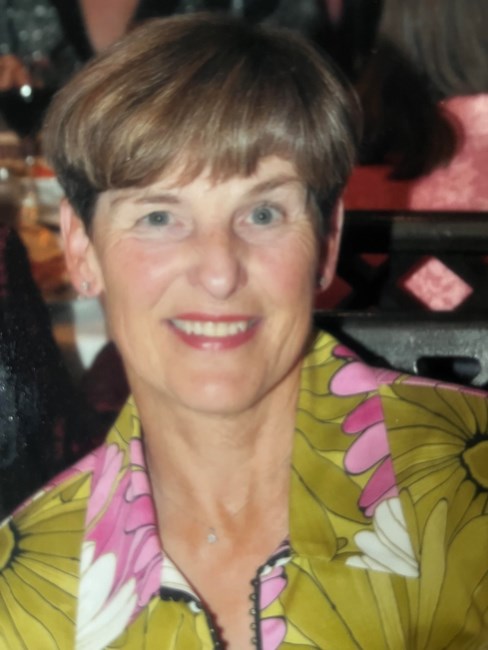 Teresa Carol Bergman October 14, 1941 Camrose, Alberta – January 15, 2023 Duncan, BC (81 years) With great sadness we announce the passing of our mother. Teresa is survived by son Richard John of Ottawa (Jody Delwo) and Lorie Teresa (Wade Sabados) of N. Vancouver. She was predeceased by her husband Richard Allan, mother Alice Bill (Majetke), father John Bill, brothers John Jr. and Tim Bill. She will be missed by her grandchildren: Hana, Haden and Dane Sabados of N. Vancouver and Grace Bergman of Ottawa. Teresa grew up in Camrose, Alberta attended Camrose High School and then moved to Prince Albert. SK where she studied nursing at Holy Family Hospital and graduated in spring 1963. She met her husband, Richard Allan, at a dance in Regina, SK in early 1962. They were engaged shortly thereafter in the summer of 1962. After she graduated, she joined Richard, who was stationed in Thompson, and became an operating room nurse at Thompson General Hospital. Teresa took over as OR Nurse Supervisor early on and went on to be married in Edmonton, AB on June 27th, 1964. In 1967 Richard and Terry moved to Regina, SK with their young family and in 1974 they moved on to Vancouver, BC. Teresa worked as a Coordinator at the Ladner Private Hospital for several years. In 1978 they were transferred again and the family moved to Ottawa, ON. Teresa worked as a Coordinator at St. Vincent’s Hospital, a 400 bed geriatric facility where she dealt with a multitude of memory challenged patients. In 1991 Teresa and Richard moved again to Winnipeg where Richard served as the Commanding Officer for the RCMP ‘D’ Division. In 1994 they returned to Ottawa where Terry enjoyed several more years with good friends before they retired in 1998 to the golf community at Arbutus Ridge in Cobble Hill, BC. Teresa was a faithful, loving, and caring woman. Those traits made her an excellent caregiver to the many people she looked after during her time as a nurse. She loved her grandchildren and had many wonderful years with them. She was an eternal optimist, playful and always looked on the bright side of life. She was great with her hands, a talented seamstress, homemaker, and an avid golfer. She was known to play 36 holes in a day if she could find another foursome. She was also the rules official for the Lower Island BC Ladies Golf Club at Arbutus Ridge. Teresa was full of energy and brought joy to all who knew her. She was uncommonly wise, a wonderful mother, unafraid to stand for her values and encouraged her children and others to strive to be the best they could be in life. Teresa loved her friends in the Arbutus Ridge community, playing Bridge, exploring Vancouver Island and of course golfing where she shot a hole in one in February 2009. Sadly, she was diagnosed with Alzheimer’s in 2012 and spent the last nine years of her life under the gentle care of the staff at Sunridge Place in Duncan, BC. A remembrance service will be announced later. Please contact Richard J. Bergman at 613-762-8289.
See more See Less

In Memory Of Teresa Bergman