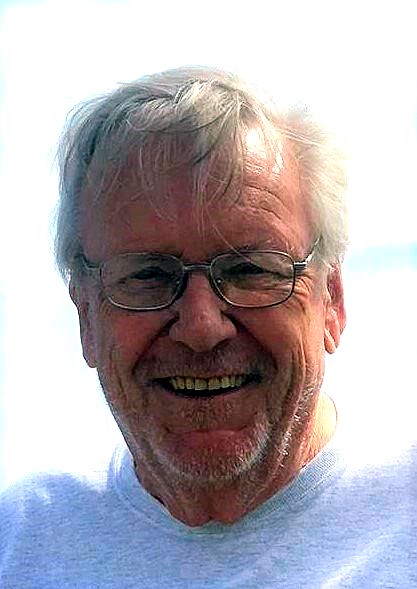 Harry George Freschlin, 82, of Manchester, passed away peacefully on May 8, 2022. He was born on April 19, 1940 in Elizabeth, NJ, a son of the late Louis Charles Sr. and Mary Elizabeth (Wright) Freschlin. He was the beloved husband of Carol R. Freschlin for 58 years. Harry grew up in Linden, NJ, along with his brother, Louis Jr., “Buddy”. He attended Farleigh Dickenson University, earning his degree in Mechanical Engineering, class of ’62. Harry worked as a Design Engineer for Pratt & Whitney Aircraft Engines for over 30 years. Harry met the love of his life, Carol, in 1956 and they married in 1963. Together they raised 4 children living their lives mostly in CT. He enjoyed the outdoors, fishing, crabbing and skiing. In his spare time, he made beer, wine and cordials, which he would share with friends. He enjoyed time with family during the annual vacations to the Cape, Disney, NH and ME. For many years he worked on finishing the Freschlin cabin in Washington, NH where countless hours were spent making it the permanent vacation home it has become for the entire family. After retirement, he and Carol travelled extensively throughout Europe, Canada, and the US, adding destination pins of every location visited to his travel hats. He will be dearly missed by his wife Carol, children, Marianne Freschlin and her husband John Rogers, son Randy Freschlin and his wife Kelly, daughters Katherine Freschlin and Janice Freschlin, five grandchildren: Chase, Nik, Alec, Ian and wife Teresa, Logan, great grandchild Landon, brother Louis “Buddy” Freschlin, nephew Robert Freschlin and niece Vicki Shamblin. He will also be missed by his friends who enjoyed many lunches, weekend getaways, pub crawls and shenanigans with him. Donations can be made in Harry’s memory to Boy Scout Troop 25, 11 Center St. Manchester CT 06040 A calling hour will be held Wednesday, May 18th, 11am-12pm, with a Celebration of Harry’s life to follow at 12pm., at Newkirk & Whitney Funeral Home, 318 Burnside Ave., East Hartford, CT. To leave an online condolence, please visit www.newkirkandwhitney.com
See more See Less

In Memory Of Harry G. Freschlin