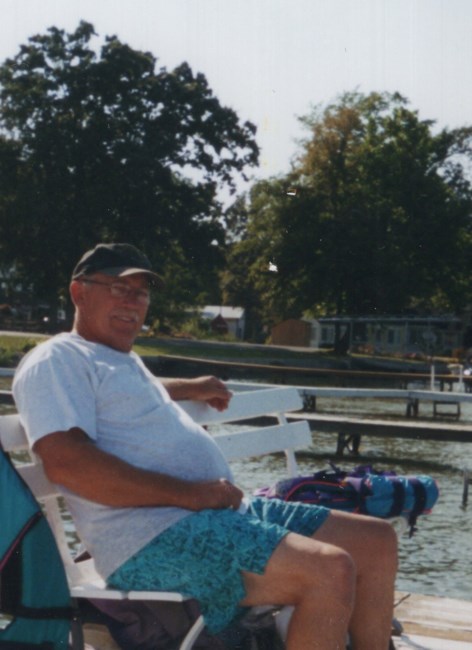 Curtis C. Corbin passed away at age 75, on July 27, 2022, at home in East Lansing, MI, with his wife Diane by his side. He tired in his fight of a lengthy illness. Curt was born on May 17, 1947, in Mason, MI to Robert J. and Norma Isabell (Doty) Corbin. He grew up and attended school in Haslett, MI. On June 15, 1968, Curt married Diane K. Reedy, a marriage lasting more than 54 years until his passing. They were blessed with 2 daughters, Tamela Lynn in 1969 and Kelly Ann (deceased) in 1972. He worked for the City of East Lansing, retiring in 2002 after 34 years of service. Curt was a loving, caring, compassionate man, who generously helped others with whatever they needed. He was multi-talented and excelled in construction, landscaping, all things mechanical, rebuilding his classic cars and more. He built the home where he and Diane reside. Curt was a man who made friends easily. He loved talking to people to learn their story and take interest in what had been going on in their lives. He loved getting together with friends and family, laughing, joking and all the things that accompanied those times. Most cherished was the time he spent with family, at gatherings, holidays and the lake. Time spent cruising on his pontoon, riding the SeaDoos, swimming, fishing, campfires, playing cards, or just watching lake activities were some of his favorites. He made sure all were having a good time. Curt is survived by his wife, Diane; daughter, Tamela Lynn Corbin; granddaughter, Adrianna Isabella (Adam) Corbin; step-grandchildren, Noah, Zoe, Zack and Jake Jaisinghani; three brothers, Larry (Brenda), Tom (Carole), Chuck (Gail); one sister, Caren (Pat) Smith and many nieces, nephews, cousins and aunts. He was preceded in death by his parents, Bob and Isabell; his in-laws, Harold and Arda Jean Reedy; infant daughter, Kelly Ann; son-in-law, Raj Jaisinghani; brother, Gary Corbin and several aunts and uncles. The family wishes to thank brothers Chuck, Tom and sister-in-law Carole, as well as family friends Rick and Denise Smith, and Karolyn Harden for all they have done. Our thanks and deepest gratitude is given to the nurses, aides, and staff at Grace Hospice and Visiting Physicians Association. A special thanks is given to Rose and Jessica who helped take such good care of Curt making sure his needs were met. Curt was loved by many and will be dearly missed by all. A Memorial Service will be held at 2:00pm on Monday August 8, 2022, at Gorsline Runciman Funeral Homes East Chapel, 1730 E. Grand River Ave., East Lansing, MI 48823. Family will receive friends one hour prior.
See more See Less

In Memory Of Curtis C. Corbin