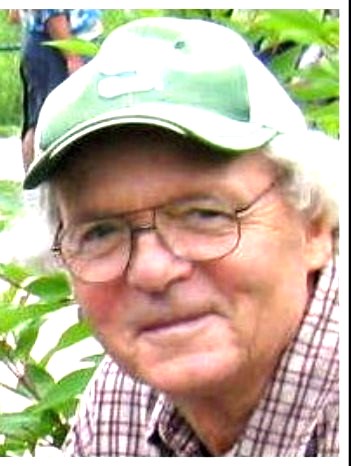 Donald James Hall, 84, a long-time resident of East Lansing, MI passed away peacefully at Hospice House of Mid-Michigan in Lansing, MI on June 13, 2020. He was born on July 22, 1935 in Palo Alto, CA the son of Everett Wesley Hall and Charlotte Louise Braatz. Don moved to Iowa City, IA with his parents and two brothers at the age of five. There he attended the University Elementary School system and through his junior year at University High School. In 1952 the family moved to Chapel Hill, N.C. where he finished his high school education. While in high school and college he worked for four years at the Phantom Lake Mukwonago YMCA summer Camp. He received a B.A. from the University of North Carolina in 1957. While at UNC Don was a member of Chi Psi fraternity, the UNC Marching band and was on the swimming team. Don then attended the University of Michigan where he received his M.S. and Ph.D in Zoology. After receiving his doctorate in 1962 he spent one year as a postdoctoral researcher at the University of Washington in Seattle, WA. He then joined the faculty as an Assistant Professor at Cornell University in Ithaca, NY for six years. Don came to Michigan State University as an Associate Professor in 1969 with appointments in the Department of Zoology and at the Kellogg Biological Station. He was appointed a full Professor in 1972 and retired from MSU in 2005. He was a member of the Ecological Society of America (ESA) and the American Society of Limnology and Oceanography (ASLO). Don was a freshwater ecologist and was highly productive as a researcher and teacher. Several of his over 40 scientific papers were recognized as “classics” in ecological science. He was an academic advisor to more than two dozen graduates, several of whom became leading scholars in their fields. He was director of the cross-college Graduate Program in Ecology, Evolutionary Biology and Behavior from1989 – 2004. Under his leadership that program achieved national renown. At the undergraduate level he was a highly popular teacher for courses in ecology and evolutionary biology. Don married his high school sweet heart, Margaret Ann ‘Peggy’ Thomas on August 28, 1957 in Iowa City, IA at the Danforth Chapel on SUI campus. Peggy was the love of his life! They were married for 62 years and had three children. Don was good natured, fun loving, and genuinely kind. He was generous, caring and enthusiastic. Everyone who knew or met him liked him immediately and he was thought of in the highest regards. His good cheer was infectious. He liked to make rhymes and ditties in his personal communications. He was known for pulling pranks in his youth. He loved to provoke curiosity, to pontificate, and seek insight and knowledge. His passions included sailing, swimming, listening to classical and jazz music and singing. He performed several recitals, sang in church and in two operettas, For several years he sang with the Lange Early Music Ensemble. He enjoyed traveling and went to Europe for several professional meetings and to Africa for aquatic research on African lakes. Playing cards and eating chocolate ice cream (which he loved) became favorite past times in later years. Overall, his greatest passion in life was his family. He cherished family time. He loved being together for any and all occasions. We will sorrowfully miss him and his endearing smile. Don is survived by his wife Peggy and his three daughters, Sharon Hall and Suzy Hall, both of East Lansing, MI and Lorien Stott (Tim) of Redmond, WA., 2 grandchildren, Natasha Stott and Benjamin Stott, and his brothers David Hall and Richard Hall along with a niece, and several nephews and cousins. He was preceded in death by his parents. Don chose to be cremated. The family will hold a private memorial celebration of his life at a future date. For those desiring, memorial donations may be made to Doctors Without Borders or to The Nature Conservancy. His family would like to thank all the many health care workers for their tremendous support and loving care of Don over the past three years.
See more See Less

In Memory Of Donald James Hall