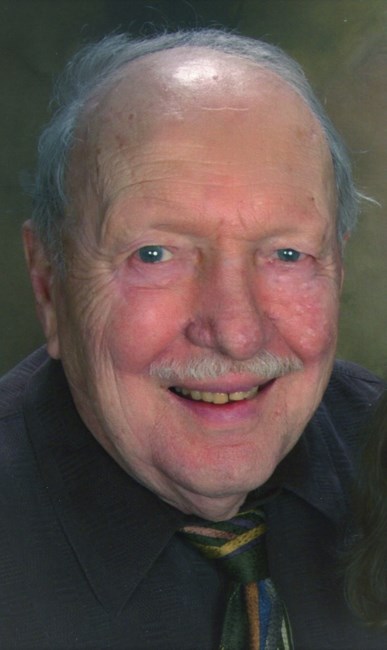 Frederick William Stehr, 88, passed away peacefully October 28, 2021, surrounded by family and friends. He was a professor emeritus in the Department of Entomology at Michigan State University. Fred was born December 23, 1932, in Athens, Ohio, the son of William Carl Stehr and Olga (Storm) Stehr. He graduated from Athens High School and received his Bachelor of Science degree from Ohio University. He received master's and Ph.D. degrees in 1964 from the University of Minnesota, where his father and son also received Ph.D. degrees. For his dissertation research, he traveled for two years with his wife, Mary Ann, around the Western United States, Mexico, and Canada collecting tent caterpillar larvae and rearing them in a 20-foot lab trailer pulled behind their pickup truck and camper. They learned to explain themselves and their white trailer as carnival workers, because it was simpler than trying to describe what they were actually doing. Fred joined the faculty of Michigan State University in 1965, and during his long career in the Entomology Department, served as Assistant Chairperson, Graduate Program Director, and Director and Curator of the A. J. Cook Arthropod Research Center. Among his awards are The Lepidopterists' Society Karl Jordan Medal (1974), the Entomological Society of America Thomas Say Award (1991), and the University of Minnesota Hodson Graduate Alumni Award (2001). He is known internationally for the two-volume publication Immature Insects (Kendall Hunt, 1987, 1991). He served in the U.S. Army as a First Lieutenant, commanding the 525th Engineer Company in Toul, France, constructing roads and ammunition revetments from 1954 to 1956. For fun, Fred hiked, biked, fished, skied, gardened, collected insects, and built things. He assembled a color TV set from a kit of wires spread over the living room floor to watch the 1969 moon landing. In the '70s, he and a friend remodeled his garage into a family room and added a deck to the family cabin on Lake Michigan. In high school he was a member of the 1949 - 1950 Southeastern Ohio All-Star Basketball Squad and state free throw champion. His more recent sports accomplishment involved perfecting the art of the spectacular fall known as the "yard sale" on the Grey Wolf ski run at Snowmass Mountain in Colorado. Fred is remembered by those who love him for his generosity, his whimsy, his enthusiasm for international travel, and the depth and breadth of his knowledge of the natural world. Fred expressed his love by doing things for other people, once literally giving his son the shirt off his back. He is survived by his wife of 62 years, Mary Ann, sons, Jeffrey (Lynette); Mark (Todd Kirkes); and grandson Kenton Ward. In lieu of flowers, the family suggests contributions in Fred's honor to Grand Traverse Regional Land Conservancy (gtrlc.org); Diabetes Youth Families (dyf.org); MSU Entomology Department's Scholarship Fund (A1102), or an organization of the donor's choice. The family will announce plans for a memorial service later. Fond memories and expressions of sympathy may be shared at www.greastlansing.com for the Stehr family.
See more See Less

In Memory Of Frederick William Stehr