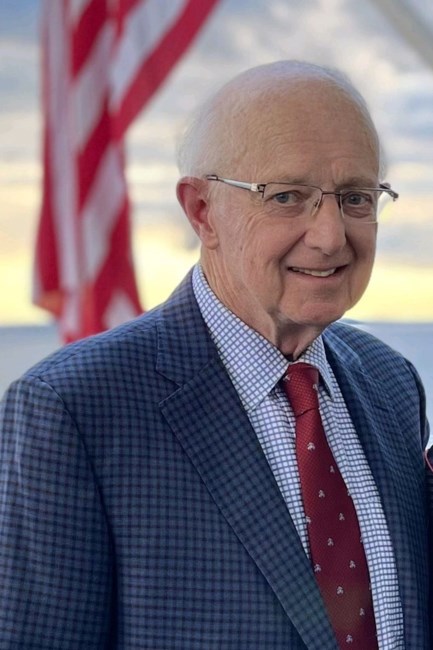 EAST LANSING - John R. Brick, PhD, CFA and Founder of Brick & Associates, Inc., was born in Chicago, IL on March 25, 1937, and passed away at home on March 14, 2022, at the age of 84. He fought a private, year-long battle with Leukemia. He was blessed to have a healthy, long life filled with love, laughter, and lots of hockey games. Jack, as he was known, was the youngest child of hard-working Irish immigrants. He did not have the money to attend college and was fortunate to be awarded a baseball scholarship to the University of Wisconsin-Madison (UW) where he earned his undergraduate and MBA degrees. He was the first in the Brick family to graduate from college. After a tour of duty in the US Army in Europe and working in the private sector for a few years, Jack returned to UW for his PhD degree with a plan to teach at the college level. He joined the faculty of the MSU Broad College of Business where he became a Professor of Finance and taught courses on financial markets, financial institutions, and bank management. During his eighteen-year tenure at MSU he published several textbooks and numerous peer-reviewed academic papers. Some of his work was published in the Journal of Finance. As a result of his reputation and expertise Jack conducted training sessions for regulators of financial institutions, trade associations, credit unions, and a European bank association. Jack was a pioneer in the field of Asset-Liability Management (ALM). In 1987, he founded Brick & Associates, Inc., a credit union consulting firm that would focus on the unchartered waters of ALM following the S&L crisis of the 1980s. One of his goals for the firm was to assist credit unions in measuring and managing interest rate risk to achieve more financial stability and strength. When recently asked what it felt like to be a pioneer in his field, Jack pondered the question and said he felt that he “contributed a little bit.” He was humble throughout his life. In 1989, Jack began living his dream of a second-generation business when the first of his three adult children joined Brick & Associates. Jack retired from MSU in 1994 to focus full-time on the consulting business. Jack enjoyed being at his office so much that he referred to the office as his cottage. He worked at “his cottage” until three weeks ago. Kerry, Bridget, and Jeff appreciated the gift of working with their dad for more than three decades. For over four decades, Jack served as a Board member for Michigan State University Federal Credit Union and served a term as Chairperson of the Board. Jack appreciated many friendships and business relationships with credit union executives, Board members, and staff across the country. Most of those relationships spanned two, three and even four decades and made his life more meaningful. This past weekend, the family read hundreds of emails to Jack that included condolences, “Jack quotes” and stories that provided a walk down memory lane. The last client email that Jack listened to closed with “I’ve known you long enough to tell you that I love you guys.” If only we could all hear such beautiful words at the end of our own journey. Jack’s eight grandsons brought him much happiness for 24 years. Grandpa was proud of the young men they have become and was their biggest fan. He is now their guardian angel. Coaching his grandsons’ youth hockey was a favorite pastime. He also enjoyed their basketball, baseball, football, soccer, and lacrosse games. No tournament was too far for a road trip. Even though Jack did not like to travel, he looked forward to family trips to Mackinac Island. Jack is survived by his wife of 58 years, Martha; daughters Kerry Brick and Bridget Balesky (Ric); son Jeffrey Brick (Gina); grandsons Michael, William, Nicholas, Tommy, Alexander, Ryan, Matthew, and Tyler; and our office dog Sandy. A visitation will be held on St. Patrick’s Day for our favorite Irishman from 5:30-8:30pm, Thursday, March 17th at Gorsline Runciman Funeral Home in East Lansing. A funeral Mass of the Resurrection will be held at 1pm on Friday, March 18th at St. Thomas Aquinas Church in East Lansing. At 12pm, prior to the funeral Mass, a visitation will be held at the Church. A private family burial will immediately follow the funeral. The funeral will also be live streamed at Youtube.com/c/OutreachMass. (Those interested in viewing the funeral remotely can login at 1pm for a live stream of the funeral service.) Jack and Martha loved rescuing animals through their donations. If desired, a memorial donation can be made to the Capital Area Humane Society in memory of John R. Brick. Fond memories and expressions of sympathy may be shared at www.greastlansing.com for the Brick family.
See more See Less

In Memory Of John Robert Brick

Mass Of The Resurrection