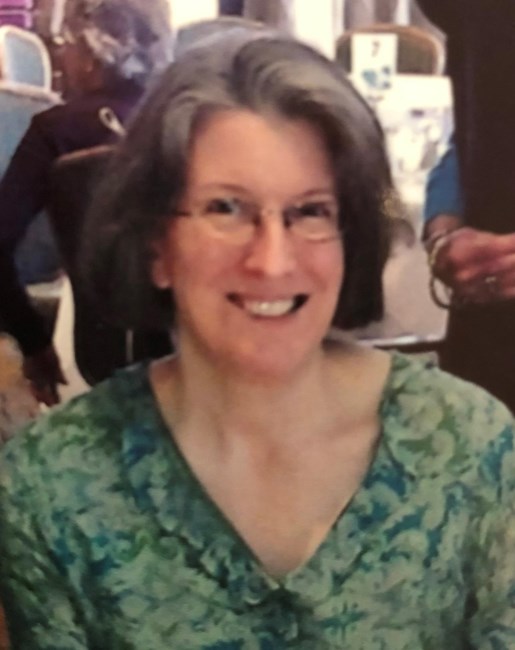 Kathryn Skyla King, of East Lansing, MI, went home to be with our Lord on January 3, 2022. She was 60 years old. Kathryn was born on December 31, 1961, weighing only 3 pounds and 7 ounces. The hard work and determination she portrayed her whole life began that day as she struggled to survive. Kathryn became a child of God when she was Baptized at St. Thomas Aquinas Catholic Church on July 22, 1962. Kathryn attended Marble Elementary School and graduated from East Lansing High School in 1980. As a youth, she enjoyed reading, figure skating, swimming, dancing, and playing the bassoon and flute. Kathryn attended the University of Michigan and earned a bachelor's degree in Natural Resources in 1985. She went on to earn her master’s degree in Forestry in 1987. While attending the University of Michigan, Kathryn, belonged to the Society of Les Voyageurs. She enjoyed many adventures with this group of outdoor enthusiasts. Kathryn became an accomplished bassoonist and spent many summers at Interlochen Arts Academy. Her orchestra performed throughout Michigan and into Canada. During her college career she found time to continue to play the bassoon and her love for music found her working as an usher at concerts so she could attend for free! Kathryn’s career took her to many different places. She lived in Minnesota for a while, working with the Ojibwa Nation to preserve their natural resources. She also worked with environmental consulting firms in Chicago and Denver. Kathryn spent time in Virginia and North Carolina studying their environment and working as a volunteer on prescribed burn crews. She also spent time studying and working in Costa Rica. Kathryn moved back to Michigan in 2012 to care for her aging mother who passed away in December 2020. While back in Michigan, she worked at a few different places including the Michigan State University Book Store. She was hoping to someday get back into her environmental consulting work, but that wasn’t meant to be. Kathryn loved being outside in the rain, walking through MSU’s Botanical Gardens, working in the yard, and gardening. She enjoyed spending time with family and friends and her time alone with her cats and a good book. Kathryn was an only child and is survived by her Aunt Patty Faketty of Cooks, MI, Cousins, Janeen Cappeart of Gladstone, MI, Colleen Faketty of Manistique, MI, Karen (Tom) Arnold of Tawas City, MI, Daniel Faketty of Orange Park FL, Leah (Bob) Skoglund of Kingsford, MI, and Sarah (Jack) Schuetter of Manistique, MI, and their children and grandchildren. She is also survived by her cats Patches and Riley. Kathryn was preceded in death by her parents Marshall and Mary King, Aunts Betty and Sarah Faketty and Helen Norbotten, Uncles Michael and Frank Faketty and Konrad Norbotten, and Cousins Terrance, Patrick and Kelly Faketty, Kathleen White, and Marnie Strom. A Mass of Christian Burial is being planned for this Spring at St. Thomas Aquinas Catholic Church in East Lansing, MI and burial will be this Summer at Fairview Cemetery in Manistique, MI. A memorial Mass for Kathryn will be held on Friday, April 29, 2022 at 11:00 AM with a one-hour memorial visitation prior, from 10:00 AM to 11:00 AM at St. Thomas Aquinas Catholic Church. On Friday, July 8, 2022, Kathryn will be laid to rest in Fairview Cemetery at 11:00 AM in Manistique, Michigan. Fond memories and expressions of sympathy may be shared below for the King family.
See more See Less

In Memory Of Kathryn Skyla King