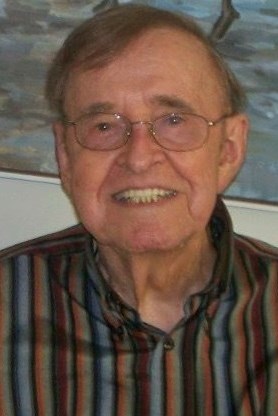 Kenneth Keahey, DVM, the love of Norlyne’s life, beloved Dad and cherished Bapa, passed away at home on April 11, 2018 at age 94 after a long illness. Ken was born on September 17, 1923 in Covington, OK to Boyd and Ona (Isenhower) Keahey and served during WWII in the South Pacific. On September 6, 1956, he married Norlyne Niehus, in Enid, OK and they started their family in Ethiopia, where Ken was a Veterinary Advisor under the Point Four program established by President Harry Truman and Oklahoma State University. He spent several years traveling through the region vaccinating cattle and aiding in the establishment of the Imperial Ethiopian A&M college, where he eventually served as Acting President. Many adventures ensued during these years which culminated into lifelong friendships and cherished memories. Ken and Norlyne celebrated their 62nd wedding anniversary in 2017. Ken received his DVM degree from Oklahoma State University in 1954 and a PhD in Pathology from Michigan State University in 1963. He relished his role as a Professor at MSU, where he received the Outstanding Teacher Award, endearing himself to students and colleagues with his friendly, steady nature and enthusiasm. In 1976, Ken was named Director of the Animal Health Diagnostic Laboratory, where he served until his retirement in 1990. We will greatly miss his engaging smile, sense of humor and amazing positivity which he never lost throughout his illness. His faith never wavered and he was an inspiration to all who knew him. Ken loved cheering on his Spartans, attending football and basketball games regularly and in later years watching them on TV. He also enjoyed gardening and made our patio into a summer haven where many gathered for cookouts and laughter. He dabbled in painting and during his illness became a passionate puzzle builder and bird watcher. As long time members of Ascension Lutheran Church and Martin Luther Chapel, Ken sang in the church choir and served in various capacities. He loved sitting at the piano, which he played by ear, and he and Norlyne enjoyed ballroom dancing earning him the nickname, “Twinkle-toes”. Ken is survived by his loving wife and partner, Norlyne, who became a devoted caretaker, along with daughter, Kris Munger, during his long illness, and by daughter, Lisa (Mark) Skinner of Peachtree City, GA; grandchildren, Jessica (George) Donnelly of Philadelphia, PA, and Eric Skinner of Peachtree City, GA and sister, JoAnn (Bill) Longpine of Hayes, KS. He is predeceased by daughter, Kelly Keahey Wyatt, and brothers, Darrell, Conrad and Duwane. The family is grateful for the dedicated care he received during his illness especially by Dave Unkefer, Debbie Snider and the staff of Great Lakes Caring/Hospice. Memorial services will be conducted at 11:00 am Thursday, May 3, 2018 at Martin Luther Chapel, 444 Abbot Road, East Lansing. Family will receive friends beginning at 10:00 am with a luncheon for family and friends following the service. In lieu of flowers, donations may be made to Martin Luther Chapel or Great Lakes Caring Hospice.
See more See Less

In Memory Of Kenneth K. Keahey