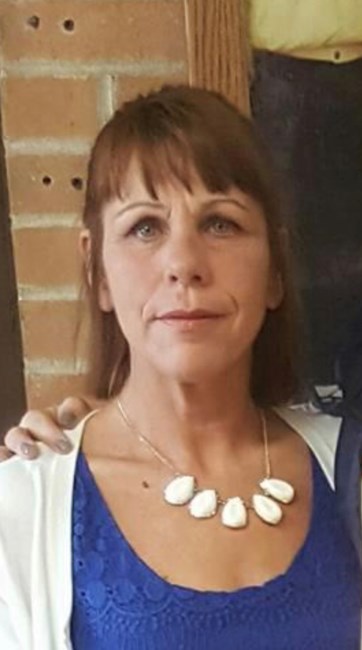 Mary Renee Osborn, age 58, of Hillsdale, MI was born June 9, 1964 to Stanley Hutchinson and Carol Cornett and passed away after a brave battle with cancer on Sunday, January 22, 2023. Mary was born in Highland Park, MI and graduated from Harry S. Truman High School in Taylor, MI. She was married to the father of her children, Leslie Jay Osborn for 16 years. Mary worked at Walmart and Sam’s club and was a member of Mission Apostolic Church and El Bethel Church. Mary was involved in a few organizations such as a recovery organization at Hope House and bowling leagues. Mary was an outgoing, spunky woman who enjoyed the simple things in life such as dancing, cooking, or going to the beach. Nothing meant more to Mary than spending time with her family, though, whether that be playing a round of cards together or taking her dogs for a walk. She was a loving, supportive mother and grandmother and will be deeply missed by all who knew her. Mary was the beloved companion of Clyde Russell; daughter of Stanley Hutchinson and the late Carol Cornett Mahoney; loving mother of Derrick Hutchinson, Matthew Mettes, Leslie Ann Osborn and Hailey Osborn; cherished grandmother of Jason English, Lincoln Mettes, and the late Logan Mettes; and dear sister of Diane Spialek and Ronald Hutchinson. The family would like to extend a special thank you to Billy Palmer at Hospice of Lansing, the Recovery and Church Communities, along with her dear loved ones Clyde, Dana, Katie, Emily and Gannon. A memorial for Mary will be held Saturday, March 18th, 2023 from 5:00pm - 7:00pm at McCall Center Reception Hall, 123 E. Carlton Rd. Hillsdale, MI 49242. A lantern service will follow at Baw Beese Lake.
See more See Less

In Memory Of Mary Renee Osborn