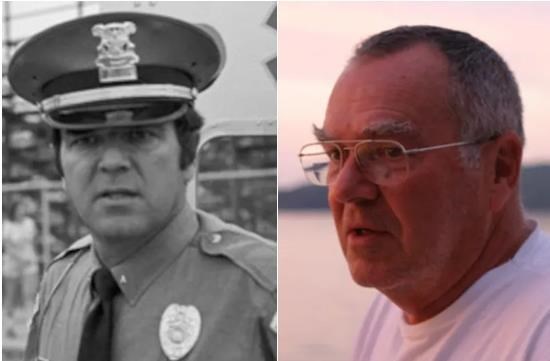 Robert (Bob) Bouck Foster passed away peacefully at home in Naples, Florida on January 1, 2022. He was preceded in death by his parents, Robert and Marium Foster, and his late wife, Janice. He leaves behind his wife, Mary Lou; his brother, Ted Foster and sister-in-law, Lynda; his children Rob (Valarie Miner), Tim and Kris (Greg Mason), grandchildren Chloe and Jack Foster, Lukas and Natalie Foster and great-granddaughter Melissa Foster, and Sarah, Emily and Hannah Mason, as well as five children by marriage to Mary Lou, including her nine grandchildren and three great grandchildren. He was "Uncle Bob" to several nieces and nephews. Bob was a lifelong Spartan fan and graduated from MSU with a bachelor's degree in criminal justice and a master's degree in Education. He retired from East Lansing Police Department in 1988 after 28 years of dedicated service, the last 18 serving first as Deputy Chief for 10 years then as Chief of Police for 8 years. Bob's service to society included several years on the Lansing Safety Council, 100 Club of Lansing, Old Newsboys, and for 26 years as a minor official for MSU Hockey. He served as president of the MSU Blue Line Club, member of Lewiston Lions Club, was an Usher at St. Francis of Assisi Church in Lewiston, Michigan and the Marine Corp League E.T. Brisson Det. #063 of Naples, Florida. He was a Scout Master with Troop 24 in East Lansing for several years and guided 11 scouts to earn their Eagle Badge. Mass of Christian Burial will be celebrated at 10:00am Friday, May 13, 2022 at St. Mary Cathedral in Lansing. The family will receive friends from 2-4 and 6-8 pm Thursday at Gorsline Runciman Funeral Homes East Chapel, 1730 E. Grand River Ave, East Lansing. Memorial contributions are suggested to any of Bob's favorite charities, including Tunnel 2 Towers, Wounded Warriors, Salvation Army, Hospice, or any house of worship of your choosing. A livestream of the Mass can be viewed at https://webcast.funeralvue.com/events/viewer/73476
See more See Less

In Memory Of Robert Bouck Foster