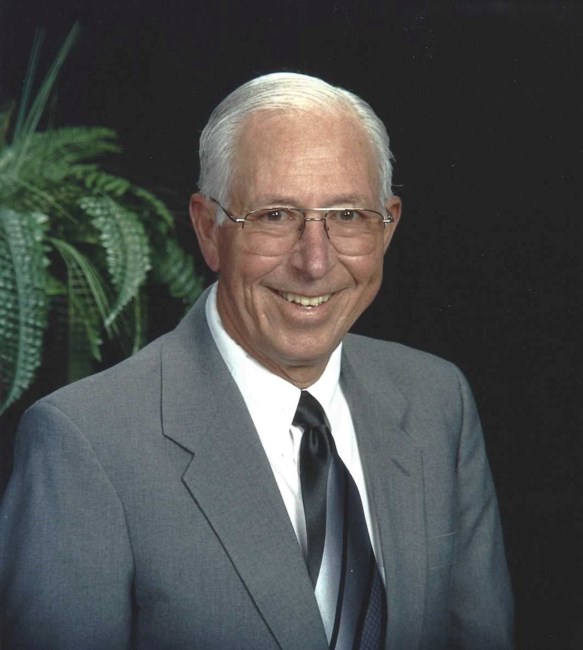 Sherman John Criss, born August 24, 1940, died May 4, 2022, at the age of 81. He was born in Crystal Michigan to Sherman Henry Criss and Elva Dorthea Criss. He died at his home in Mason, Michigan. He is survived by his loving wife Elsie Criss, his highschool sweetheart; they were married for 62 years. They had four children, Tamara (Skip) Hedrick, Debra (Doug) Watson, Leslie (Bill) VanAtten, and Sherman (Lisa) Criss; grandchildren, Jason Hedrick, Amber (Roger) Wood, Douglas (Amber) Watson, Elizabeth (Mando) Villarreal, Elaina (Chris) Brown, Samantha (Joe) Fazzingo, and Dustin (Melinda) Criss; great Grandchildren, Madalyn and Jennabelle Hedrick, Roger, Casey, and Noah Wood, Aubrie and Alyssa Watson, Carlos and Mila Villarreal, Vivian and Lincoln Brown, Gabriella and Dominic Fazzingo, Adrian and Vanessa Criss; one brother, Donald (Tawanna) Criss; sister-in-law, Midge Criss; brothers-in-law, Ray (Judy) Orel, John (Pam) Orel, and Russ (Shannon) Orel; sisters-in-law, Chris Orel and Sarah (Scott) Miller; and many nieces, nephews, cousins, and good friends. He was predeceased by his parents, Sherman and Elva Criss; mother and father-in-law, John and Nellie Orel; grandson, Tyler Ryan Watson; brothers, Jack Criss, Greg (Betty) Criss, and Daniel Criss; and brother-in-law, Larry Orel. Sherm accepted Jesus Christ as his Savior in his 30s. His love for his Savior governed his life. He was a stalwart member of Towar Hart Baptist Church, where he served in many different capacities over the years as the church treasurer, trustee, deacon, Sunday school teacher, choir member, and pastoral team where he served in the pulpit on rotation. He was an active advocate and presenter for the Gideon ministry. He was licensed as a pastor in 2015 and performed many weddings and funerals. He was overjoyed to be able to preside over several of his grandchildren’s weddings. He was an avid golfer, and at one time considered going pro, he even got his “hole-in-one.” He loved to fish at Drummond Island, but over the years his fishing partners dwindled down to the younger, more naive grandkids due to his famous phrase, “one more pass.” He was a good provider to his wife and children and provided a summer home on Drummond Island that serves as a place full of many beautiful memories. He and his wife Elsie were privileged to have visited Israel on a Holy Land Tour. Sherm was never idle. He always had some project in process. In fact, his children will attest that they wish he were at times a little idle so that they could relax. He could and did often outwork them. If he could share one last thing with you he would give you the best hug and impress upon you the urgency to get your life right with God. A visitation for Sherman will be held Sunday, May 15, 2022 from 1:00 PM to 3:00 PM and from 5:00 PM to 7:00 PM at Gorsline Runciman Funeral Homes, 1730 East Grand River Ave, East Lansing, MI 48823. A funeral service will occur Monday, May 16, 2022 at 11:00 AM with a one-hour visitation prior, from 10:00 AM to 11:00 AM, at the funeral home. Following the service, Sherman will be laid to rest in East Lawn Memory Gardens, 2400 Bennett Rd, Okemos, MI 48864. The family invites you to join them for a fellowship meal following the burial at Towar Hart Baptist Church, 6157 Towar Ave., East Lansing, MI 48823. Serving as pallbearers are Jason Hedrick, Douglas Watson, Dustin Criss, Skip Hedrick, Doug Watson, and Bill VanAtten. Serving as honorary pallbearers are Roger Wood, Joe Fazzingo, Chris Brown and Mando Villarreal. In lieu of flowers, contributions in Sherman's memory may be made to Towar Hart Baptist Church, 6157 Towar Ave., East Lansing, Michigan 48823 and The Gideons International, Ingham County South, P.O. Box 842., Holt, MI 48842 Fond memories and expressions of sympathy may be shared below for the Criss family.
See more See Less