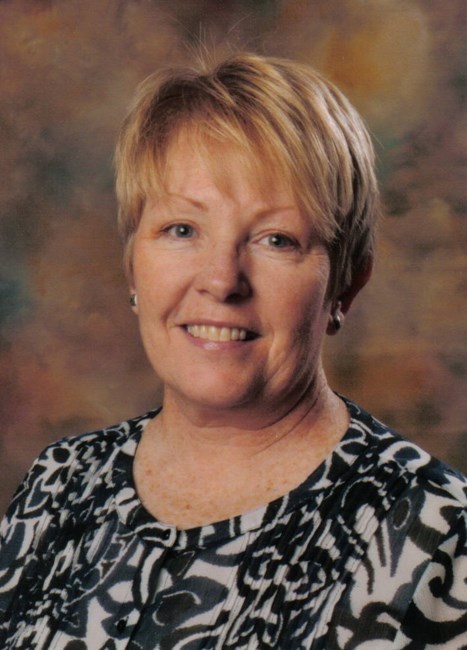 Funeral for Janet Faline Cartmill of Edmond will be held Friday at 10 am at Faith Bible Church, 600 N. Coltrane Rd. in Edmond with Rev. Mark Hitchcock presiding. Ms. Cartmill died Monday morning after a lengthy illness. Born April 4, 1954 in Prague, OK, Ms. Cartmill was the daughter of Lillian Landrum and the late Joe Landrum. After moving to Edmond, she graduated from Edmond High School in 1972. She married Mike Cartmill in 1973. The couple had three children, Rachel, J.J, and Pat. Mike preceded her in death in 2010. At the time of her death, Ms. Cartmill was employed by Santa Fe South High School in Oklahoma City, where her late husband had served as Head Football Coach. Prior to that employment, she had worked as registrar at Edmond’s Santa Fe High School. Her career also included employment with the Oklahoma Secondary Schools Activity Association. Ms. Cartmill was a devoted mother to her three children, a loving grandmother, and an avid sports fan. She was preceded in death by her husband, Mike, her father Joe Landrum, and a granddaughter, Sarah Abigail. She is survived by her mother, Lillian Landrum, her children and their spouses, daughter Rachel and her husband US Army Major Alex Vindman of Moscow, Russia, son J.J. and his wife, Michelle of Edmond and son Pat and his wife Peyton of Oklahoma City, her three grandchildren, Madison Cartmill, JohnDavid Cartmill and Eleanor Vindman. She also leaves behind her sister, Hope Deaton of Chickasha, sister-in-law, Susie Hibbler, as well as many friends and acquaintances, including the students she loved at Santa Fe South. In lieu of flowers, donations can be made, in her name, to Santa Fe South School of Oklahoma City. Services entrusted to the care of Baggerley Funeral Home of Edmond, Oklahoma. www.baggerley.com
See more See Less

In Memory Of Janet Faline Cartmill