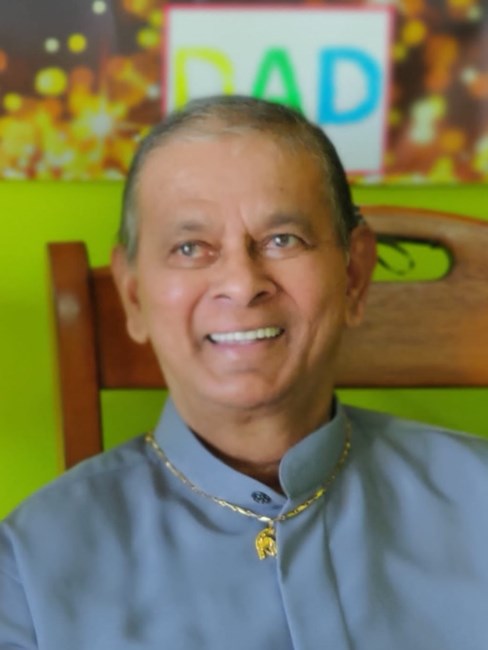 With great sadness we announce the death of Mohamed Hassan AKA Keech/ Bad Bhai of Edmonton, Alberta, Canada and formerly of Industry, Crown Dam, East Coast Demerara, Guyana. Sunrise: July 14, 1946 Sunset: September 15, 2022 He was the son of the late Ali Hussain AKA Mullet and the late Jane. He will be greatly missed by his loving wife Hansrajie (Data) of Edmonton and formerly of Industry, Crown Dam, Guyana; children Anita Sakoor, Shanaz Jaipersaud and Ravi Hassan; grandchildren Amara of the USA and Sheena of Canada; son-in-law Abdool, Shivanand Jaipersaid; and daughter-in-law Reshma Hassan. Mohamed was the son-in-law of: the late Mr. & Mrs. Beepat; brother of: John and the late Data and many others; brother-in-law of Hoodit and many others; and uncle of Steven and Terry and many others. Wake will be held at his residence. Please feel free to message for directions. Funeral service will be held at Hainstock’s Funeral Home, 9810 34 Avenue NW, Edmonton, AB on Wednesday, September 21 at 1:00 pm. Donations to the Parkinsons Society or flowers would be greatly appreciated.
See more See Less

In Memory Of Mohamed Hassan