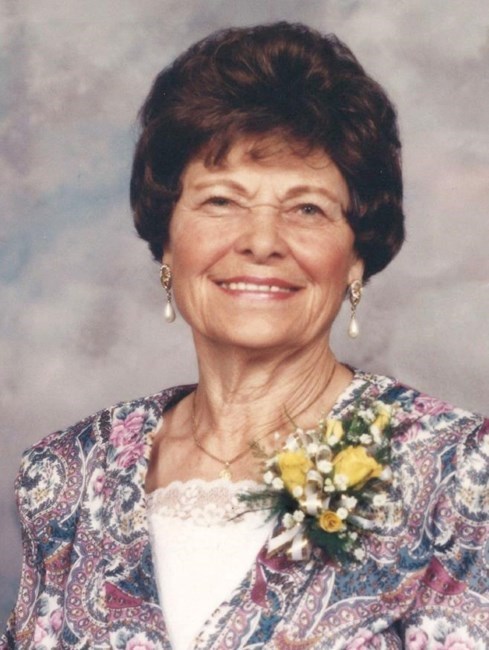 Phyllis passed away peacefully into the arms of Jesus on September 5, 2022 at the age of 100 with family by her side in the Hamlets at Vernon, BC. Phyllis was born in Jadlowce, Poland in 1922. She had fond memories of her early years in the forest seeking black forest mushrooms. At age 10 she made the Atlantic ocean crossing from Gdansk to Halifax with her mother and siblings to start a new life in Canada. The family joined her father in Edmonton after he had started shoe repair and sales businesses. At age 21 in Edmonton, she married Ted Harding who was in the RCAF during the Second World War and served in the No. 120 Bomber Reconnaissance Squadron as a mission specialist, navigator, or tail gunner for Stranraer and Canso aircraft/flying boats off the west coast of Vancouver Island. They met during an air force social where Phyllis asked Ted to dance. Their first home was a tiny living quarter in the small hamlet of Coal Harbor, BC where Ted was based during WWII. Phyllis and Ted moved to Edmonton, Alberta in 1945 and she worked at the South Edmonton Creamery, Federal Government Wheat Acreage Program and the Alaska Highway Office. Ted with Phyllis’ support started and owned a number of businesses in Alberta and worked in the oil and gas industry until his first retirement in 1973. Phyllis, Ted and family moved to Vernon, BC in 1974 where he started Harding Equipment/Vernon Diesel which supported Ford and GM diesel power equipment needs of the Lumber Industry and B.C. Hydro until he retired. Phyllis worked tirelessly doing the administration for the business and taking care of the family. Phyllis loved her family and enjoyed her visits with family. She also was a good gardener with a vegetable garden and lots of flowers, with her favorite being roses. Everyone enjoyed Phyllis’ sense of humor. She was an amazing and generous person who did her best for her family and friends. Phyllis valued education. She is survived by her daughters Faye Harder, Mary Harding, sons Edward (Madeleine) Harding, David (Marie) Harding, Bob (Jaqueline) Harding. Grandchildren: Carrie Harder, Dr. Jodi (Mike) Harding-Kuriger, Richard (Chelsea) Harding, Greg (Erin) Harding, Natalie (Tom) Harding, Michael (Kelsey) Harding, Peter Harding, William Harding, Dr. Katie (Joel) Harding, Jacob Harding. Great Grandchildren: Ian Harder, Aidan Harding, Teegan Kuriger, Karlin Kuriger, Olivia Drummey, Kacey Harding, Rhett Harding, Harper Harding and Ingrid Perren. Phyllis is predeceased by her husband William Edward Allan (TED) Harding, mother Maria (Wzorek) Szecienski, father Clement Szecienski, sister Frances (Szecienski) Latremouille, brother Adam (Szecienski) Szcinski, and son in law Dr. Edward J. Harder. Phyllis will be missed by her family and good friends, Dale and Ted Carter, Linda and Lyle Nicholls, Judy and Mark Wakefield, and the late Alex & Elaina Kowaluk. All were the most wonderful and caring neighbors. The family would like to sincerely thank Dr. Iredia, BC Interior Health staff and all the staff at the Hamlets for the excellent care provided. Mom was very appreciative of the friendship and spiritual support of the Vernon chapters of the Catholic Women’s League, the Knights of Columbus as well as the parishioners and priests of St. James Church. A Graveside Service will be held at Holy Cross Cemetery in Edmonton, AB on Wednesday, September 28, 2022 at 11:00 am where Phyllis will be interred with her brother Adam and Mother and Father.
See more See Less

In Memory Of Phyllis Theresa Harding