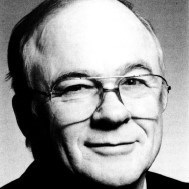 It is with great sadness that we announce the death of Wayne Alton Davis on August 29th, 2022 at the age of 90 years. Wayne was born November 16th, 1931 to Frederick and Anna Davis and went to school in Fort MacLeod, where he was required to repeat grade two but graduated from Macleod High School in 1949. He received a BSE degree in Engineering (Mathematics option) at George Washington University in 1961. Shortly afterwards he went to Ottawa to continue his studies at the University of Ottawa, receiving his MSc and PhD degrees in Electrical Engineering in 1963 and 1967, respectively. Wayne continued his studies while he was a Research Scientist with the Communications Research Centre and its predecessor, the Defence Research Telecommunication Establishment (Ottawa). Wayne was on the faculty of the University of Alberta, starting in 1969 and promoted to full Professor in 1977. Wayne took an early retirement from the formal side of the University in 1991, but remained as the first Professor Emeritus in the Department of Computing Science. He was a founding member and later Acting Director of the Alberta Centre for Machine Intelligence and Robotics (ACMIR). An Honorary Professor in the Department of Computer Science and Information Science at the Harbin Shipbuilding Engineering Institute in the People’s Republic of China. While he left for school and a career, he always returned to Macleod and enjoyed hanging out with his many cousins (as recorded in the Barr cousins book). He never missed a chance to walk up the Bear's hump, and eat ice cream in Waterton afterwards. Left to cherish his memory are his sons, Fredrick (Elizabeth), Peter and Timothy (Dorothy); his grandchildren, Sarah (Michael), Amy, Alexander, Kathleen, Veronica, Charlotte; and great-grandchild, Thea. Wayne was predeceased by his sisters, Ina and Luella; and their husbands, Leonard Palmer and Frank Ducharme. Gratitude and acknowledgements are extended to the nurses and staff of St. Joseph's Auxiliary Hospital in Edmonton where Wayne spent his last years. Wayne's final wish was to donate his body for anatomical studies at the University of Alberta and memorial donations can be made on Wayne's behalf to the University of Alberta, Department of Computing Science.
See more See Less

In Memory Of Wayne Davis