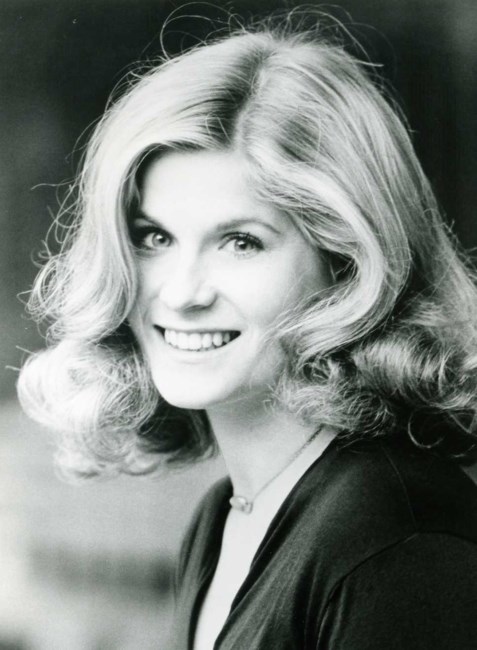 Candice Earley Nolan left this life on Thursday, January 31, 2019, and slipped peacefully into Heaven while at home in her bed, surrounded by family after a brave, 8-year struggle with Multiple Systems Atrophy. She was born at Fort Hood, Texas, on August 18, 1950, the daughter of (Colonel, ret.) H.E. Earley and Jean Daily Earley. At a young age, her Father was transferred to Germany where she learned German in Kindergarten. Her Family was transferred to Ft. Sill, in Lawton, Oklahoma, when she was 5 years old. She was educated in the Lawton public schools, where she was an honor student, and was active in the theatre and arts programs. It was during these years that her 4-Octave coloratura soprano voice was developed and honed via voice lessons. She was selected Miss Lawton and was First Runner-up to Miss Oklahoma. She attended Trinity University in San Antonio, Texas, and from there left for San Francisco to begin her stage career. While there, she joined the Cast of Hair in 1969, and shortly was cast in the lead role of “Shelia”. From then on, and through all of her life, she was one of the proud and select members of the “Tribe”. At age 21, she moved to New York, and was a member of the Broadway “Tribe”. She was then cast as the lead in Jesus Christ Superstar on Broadway. While eating lunch at Sardi’s, the Casting Director of ABC daytime television asked, “ Who is that attractive mid-western looking type across the room?”. Shortly thereafter she was cast as “Donna” on All My Children, where she starred for 18 years. During this time on AMC, she continued her Broadway stage career playing the lead role of “Sandy” in Grease, and later played the role of “Nellie Forbush”, opposite Bob Goulet, in South Pacific. During her years in New York, she also starred in Summer Stock Productions of Oklahoma, Bells are Ringing, and Woman of the Year. While living in New York, she regularly returned to Lawton, which she considered “home”. On March 14, 1992, she married Robert C. Nolan. They met during an unplanned “kismet” moment 8 years earlier, by chance, on an airplane, and he immediately and forever fell under her spell. Prior to their marriage, Candi chose to retire from the screen and stage and move to El Dorado, Arkansas, where, in her words, she began the best role she had in her entire life. She brought enormous joy into his life, and his Family’s lives. All who knew her quickly fell under the charm, beauty, intelligence and sweetness of her being. She was a devout Episcopalian, and a lay-reader in her Church in New York. Her favorite hymn was “It is Well with My Soul”. Her headstone will proclaim the message. She was predeceased by her Father, Col. H.E. Earley, her Mother, Jean D. Earley, and brothers, Mike and Jack Earley. Left to mourn her passing are her husband, Robert C. Nolan, his children Rob, Justin, and Carrie, and their Families, sister-in-law, Lurlene Earley, niece, Rebecca Craven, and nephew, Dr. Wesley Earley, and their Families, and many, many friends in El Dorado, Arkansas, Lawton, Oklahoma, and New York. She will be desperately missed. A Memorial Celebration of Life will be held Saturday, February 16, 2019, at 11:00 a.m. at First United Methodist Church, following a private family interment. Memorials may be made to First United Methodist Church, El Dorado, AR or the John R. Williamson Hospice House in El Dorado, AR. An online registry can be signed at www.youngsfuneralhome.com.
See more See Less

In Memory Of Candice Jean Nolan